[embossed letterhead] HALIFAX DISASTER RECORD OFFICE, CHRONICLE BUILDING, HALIFAX, N.S.
2
The munition ship carried a cargo of four thousand tons of high explosives. Her crew lowered their boats, made for the shore, and after running as far as they could before the explosion occurred dropped prone on the ground: and only one was killed. The Relief Ship was blown across the harbour and only one escaped death.
In the days that immediately followed the disaster the elements seemed to loose their way and added to the horror of what had already happened.
Friday was marked by a blinding blizzard, Saturday by a rain and wind storm of unusual severity and Monday by a snow storm that was a veritable hurricane.
About four o'clock Monday when the storm was at its height and many operations were being performed in the hospitals, the lights went out and remained out for some time all over the city. A more terrible combination can scarcely be imagined than was experienced from Thursday Dec. 6 until Monday Dec. 10 in shock and fire, and blinding snow and drenching rain and high winds and bitter cold. But this all passed and was soon forgotten by many in their deep gratitude for the multiplied and [magnificent] responses to the city's need that began to come in almost immediately from all over Canada, the Motherland and especially from the United States. Special trains were hastened from Boston and other points with doctors and nurses and supplies of food, and clothing and medicine and surgical instruments, including in one case a most modern X-ray Machine. The sympathy, speed and efficiency manifested and the initiative and powers of adaption by those sent from Maine, Massachusetts and New York has won the admiration and undying gratitude of the citizens of this sorely stricken city by the sea.
The God of pity and of care, lost by the moment by some, in the storm and in the tempest has been found again in the heart of humanity
[handwritten in pencil top right: MG 1 vol 2124 number 45 a] 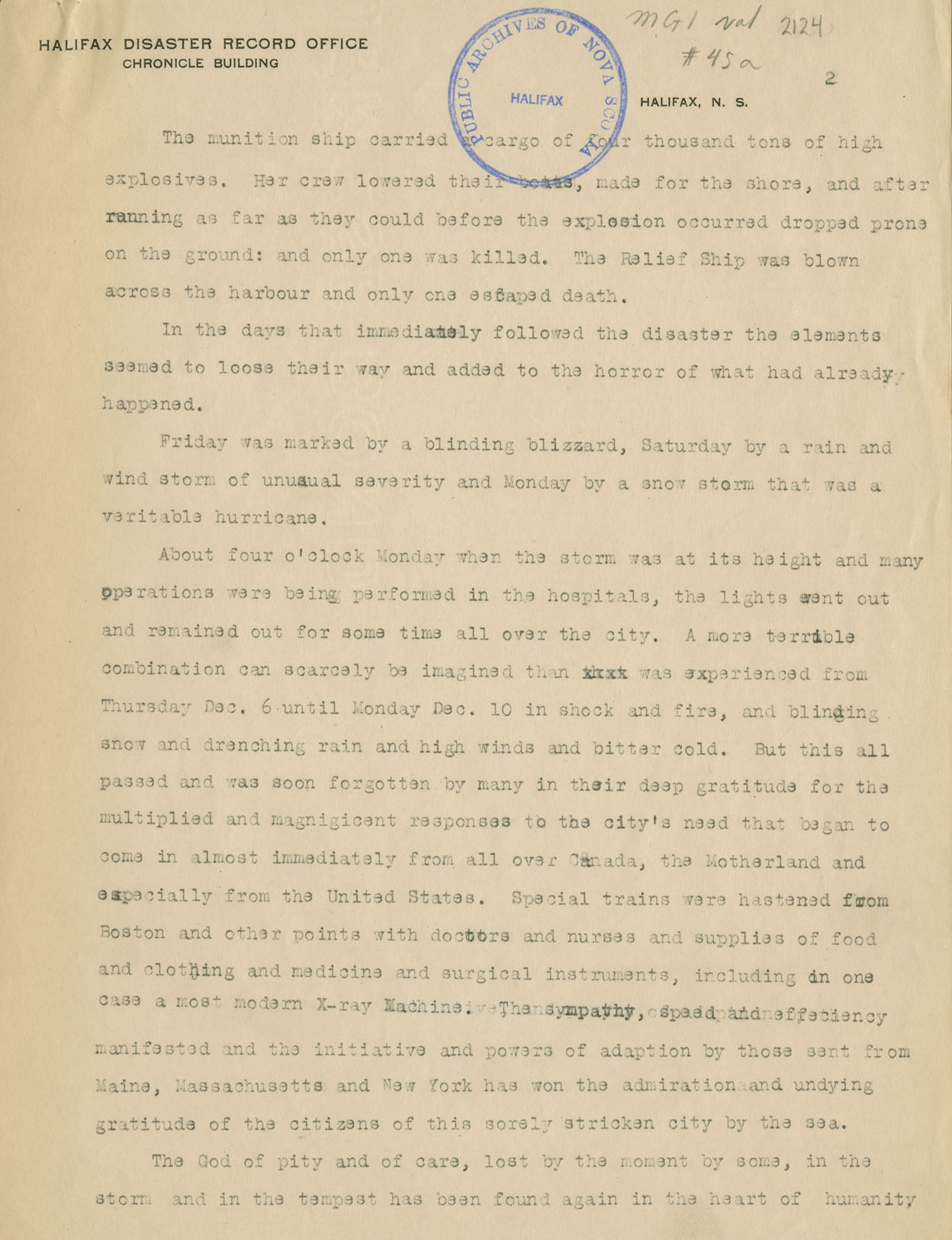