[embossed letterhead] HALIFAX DISASTER RECORD OFFICE, CHRONICLE BUILDING, HALIFAX, N.S.
[handwritten] Report of the Y.M.C.A
[typed]
Thursday, Dec. 6, 1917 will long be remembered by the citizens of Halifax who survived the shock which that day shook the city from center to circumference, leaving death and desolation in its wake.
The morning broke bright and beautiful, the air being crisp and clear and blue, when, suddenly, and without warning the city seemed to rock on its foundations, accompanied by a rumbling noise that suggested to many the beginning either of an aerial or a naval bombardment, and then came the crash. In a moment, in the twinkling of an eye, the glass in almost every house and store and school and public building in the city was in pieces or in powder on the floor, the sidewalks or the streets: while in the northern section of the city, buildings first collapsed and then broke into a blaze, killing instantly or burning to death some fifteen hundred men, women and children, injuring seriously four thousand and rendering homeless another fifteen thousand. it is estimated that over two hundred will lose one or both eyes as the result of flying missiles and broken glass.
This first shock, bad enough in itself was followed by almost an hour of the most sickening suspense, occasioned by a report that other and more terrible explosions were still to follow and an order that everybody get away quickly from their homes out into the street and open spaces, move towards the southern end of the city or to get away from it altogether. This resulted in something approaching a panic that cannot easily be described. When the announcement was made that this danger had passed there began the work of caring for the injured and of seeking for the dead.
The explosion which caused all this wreck and ruin was due to a collision through some seeming misunderstanding of signals between a munition ship, the "MONT BLANC" and a Belgian Relief ship the "IMO".
[handwritten in pencil top right: MG 1 vol 2124 number 45 l] 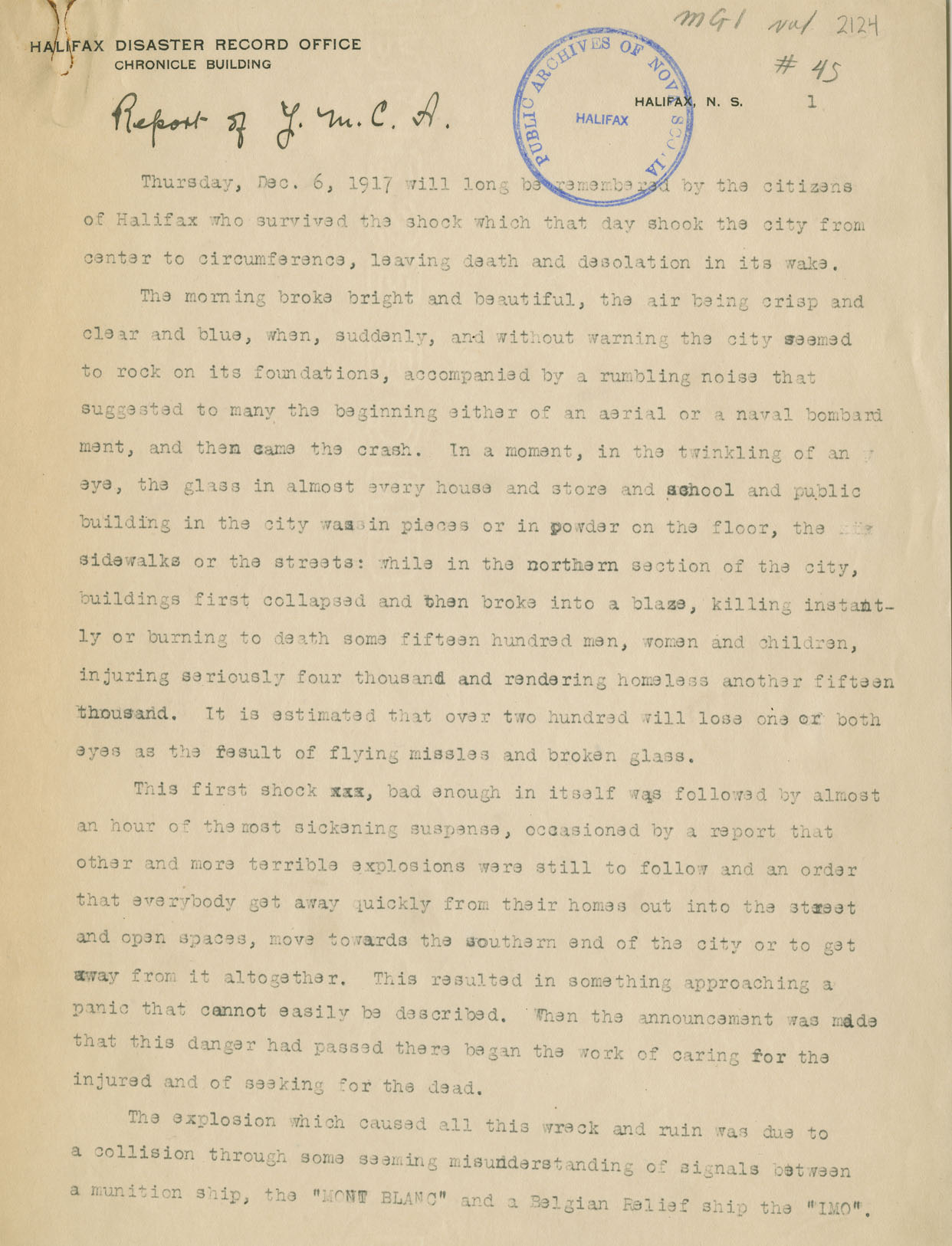