[embossed letterhead] HALIFAX DISASTER RECORD OFFICE, CHRONICLE BUILDING, HALIFAX, N.S.
Feb. 4, 1918.
MEMO.
Lieut. O.B. Jones 42 Batt, C.E.F., came in from Bridgewater on the morning of the 6th, in company with Hon. A. K. McLean and others who had been electioneering. The train was stopped outside the city. Jones said that the line of the refugees could be followed from the city by a trail of blood. He met 'hordes of people' going out from the city. He proceeded to Richmond and directed soldiers in the work of removing dead bodies. The so-called 'smoke screen' was caused by Hillis's Foundry. He had a clear view of the hill-side and his attention was attracted by the patches of white scattered all over. On making enquiry he was told that these were cloths laid over the faces of the dead, where they had been gathered together. He saw a child, about a year and a half old, burning in a wrecked building; could see it plainly, but was not able to get the body out. His duty was to see that any soldiers standing about should be given something to do. There were very few standing about. The soldiers worked well.
Communicated to Director personally at 72 Victoria Road.
[handwritten in black ink] Noted mental attitude of returned soldiers at work: tender towards the women & children but no regard for the bodies of the men: "ought to be out there".
[handwritten in pencil top right: MG 1 vol 2124 number 44] 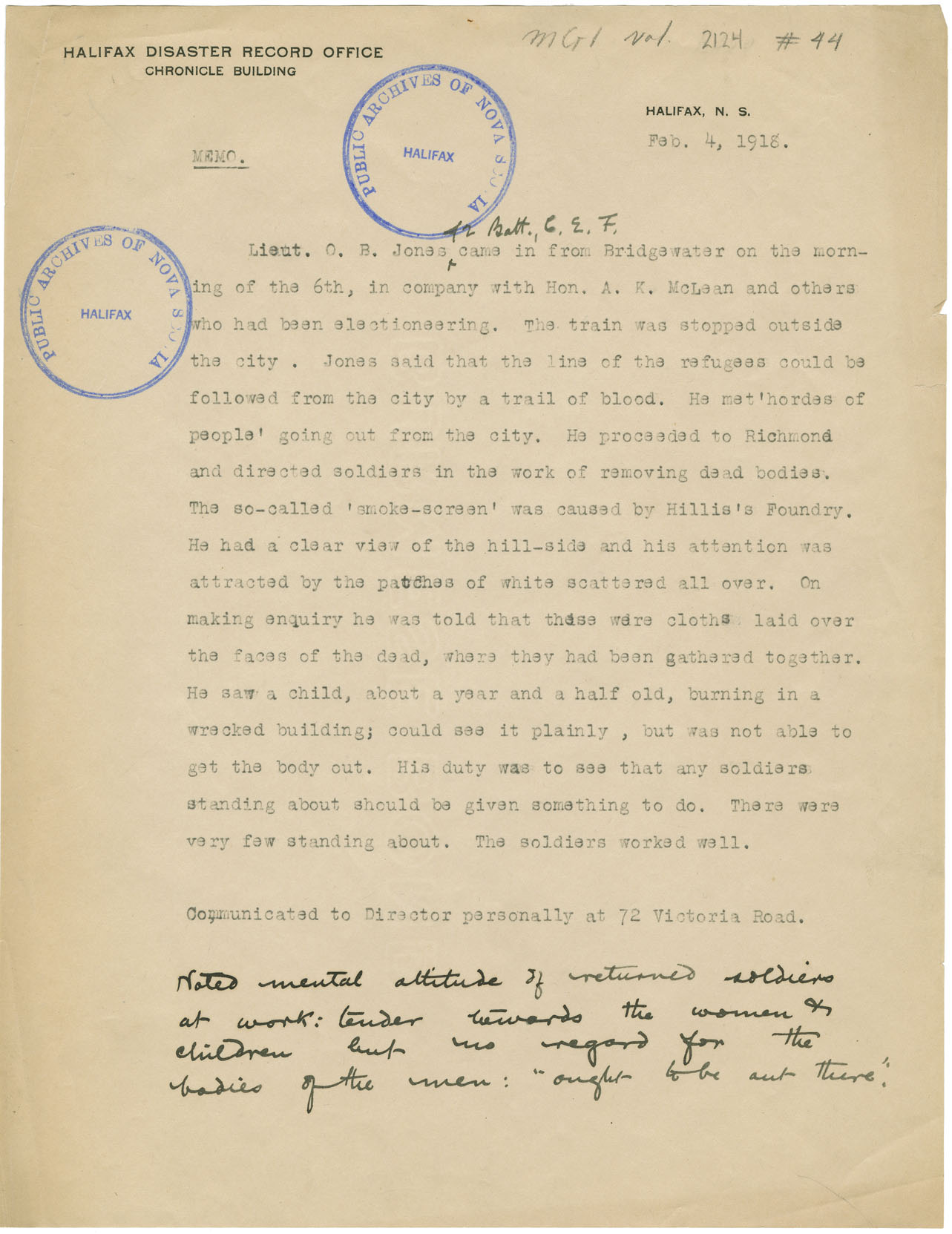