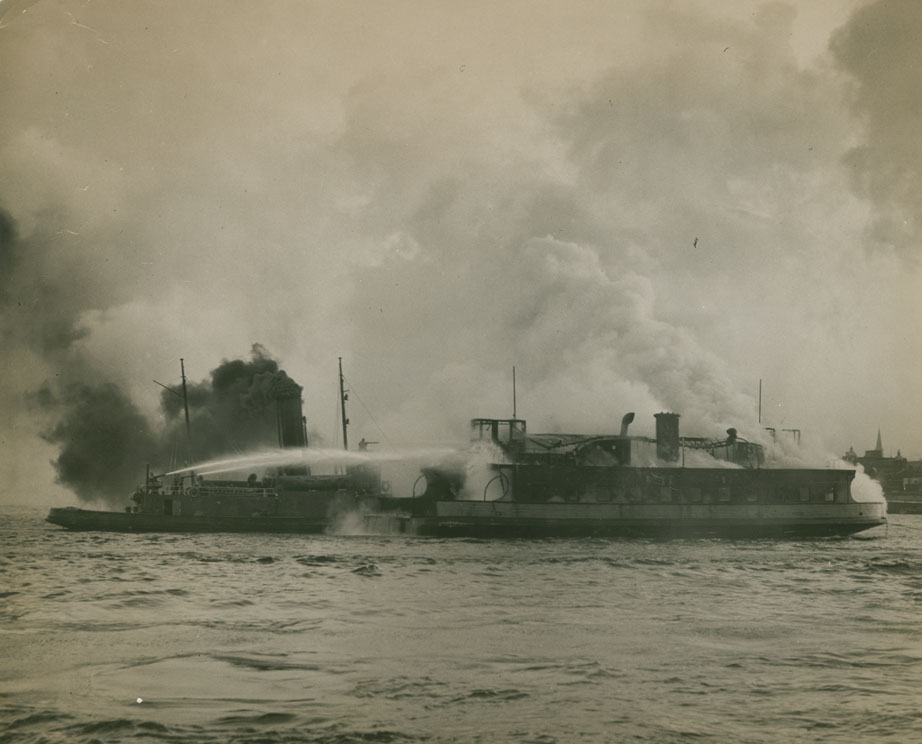 Ferry officials requested assistance from the Halifax Fire Department which sent a fire boat and a tug. The Governor Cornwallis was a mass of flames when towed from dock well down the harbour. Thousands of spectators watched from both Halifax and Dartmouth as flames rose high in the air and streams of water from the fire boats poured onto the ferry. The Halifax Mail, 23 December 1944, p. 5, reported "The complete loss of the Governor Cornwallis is a serious blow to ferry transportation, particularly at this time of year. Traffic will be tied up for an indefinite time with only two small boats in operation during the next week, perhaps longer."