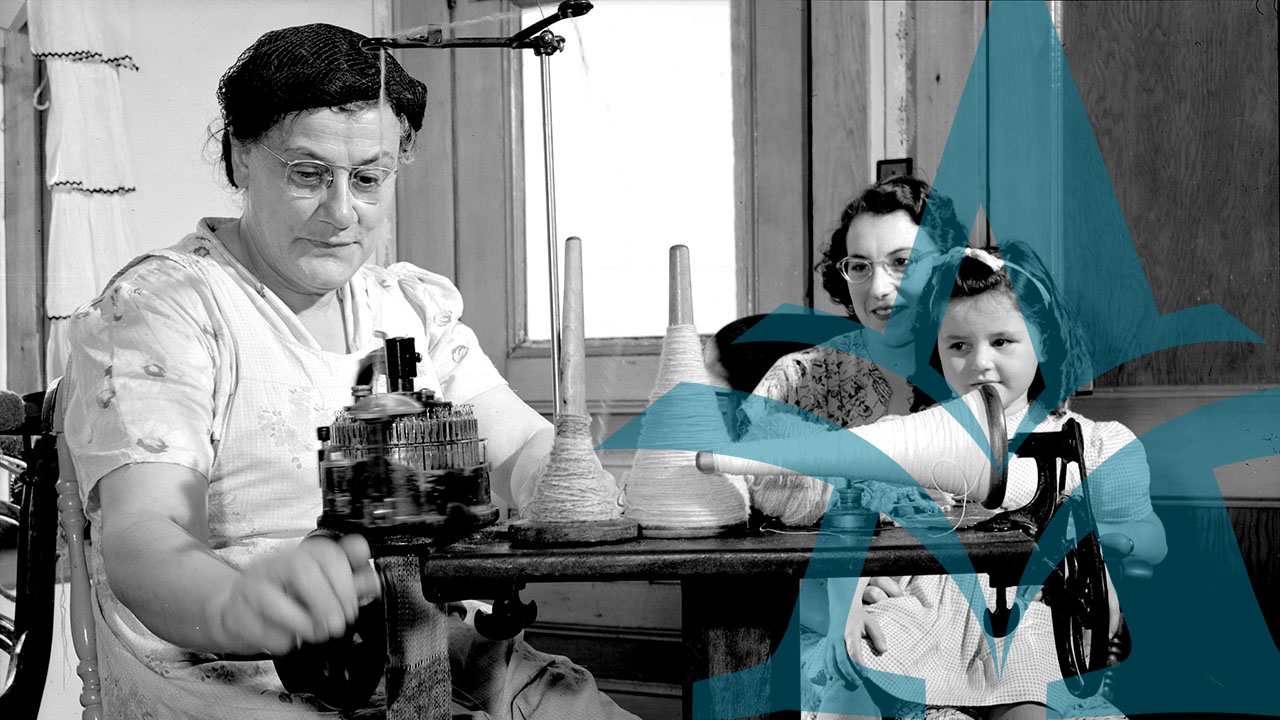 The virtual exhibit presented here was first developed as a traditional exhibit entitled 'Women: Their Lives in Rural Nova Scotia, 1950.' Launched in Digby in October 2011, it travelled to various locations throughout southwestern Nova Scotia over the following year, including a month's detour to the Nova Scotia Archives in April 2012.

The original exhibit was organized by The Wilson/Collier Committee, which is affiliated with the Western Counties Regional Library in Digby, and is dedicated to promoting an awareness and appreciation of local history. The exhibit celebrated the work of John Collier Jr., an eminent American photographer who spent time in Digby County during 1950 and 1951, and whose photographic record of those years is now among the collections held by the Nova Scotia Archives.

Dr. Jane Murphy Leighton, co-chair of the Wilson/Collier Committee, has captured the essence of the 'Women of Digby County, 1950' in observing that the images show

….women at a time, shortly after the Second World War, when many changes were beginning to take place in the roles they played. The photographs show women in their homes where their hands were extremely busy at many activities that are now left for machines, performing many tasks that held a community together, beginning to enter the labour force, and coping with vintage typewriters. Women are also shown in the ongoing patterns of multi-tasking – in kitchens, gardens, offices, churches, and schools. From the vantage point of the 21st Century, we see the role of women involving both change and continuity.

We are pleased to present now the original exhibit in virtual format, in collaboration with the Wilson/Collier Committee and as a companion piece to 'Fishing Fundy Waters.