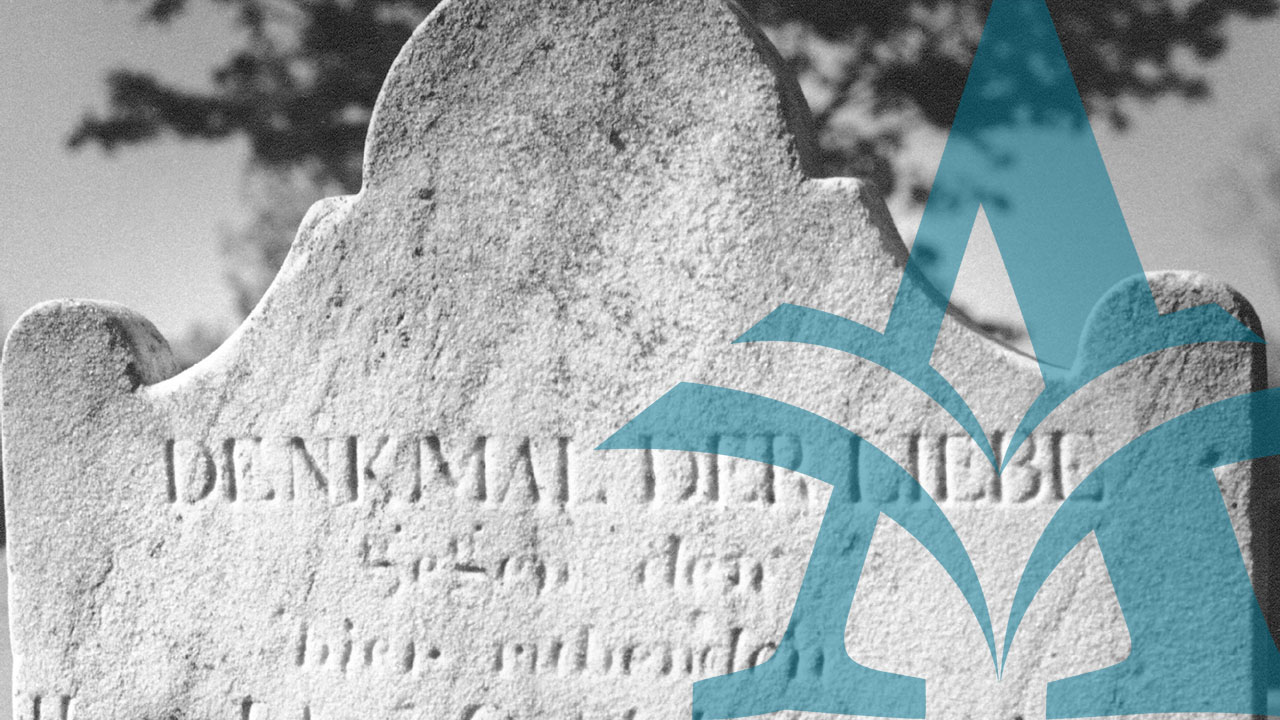 In the late 1970s, Lunenburg's two oldest cemeteries were the subject of an ambitious recording project. Robert Campbell, a member of the Lunenburg Heritage Society and a skilled amateur photographer, undertook to photograph every surviving pre-1867 gravestone in Hillcrest Cemetery, and all the markers in the smaller Old French Cemetery. He was assisted in his work by fellow heritage society member Ivan Carey. We present here the results of the project.

Hillcrest Cemetery is located on Gallows Hill, beginning at the intersection of Kaulbach and Townsend Streets, and extending up the hill and around the Lunenburg Academy property. The cemetery is very large, owned by the Town of Lunenburg, and is still operational. The pre-1867 gravestones included in the photo project are all located in the old section of the cemetery, nearest the intersection; the earliest known marker is from 1761.

The much smaller Old French Cemetery is closer to the waterfront, near the intersection of Linden Avenue with Montague Street and Bluenose Drive. It was already in existence when the Foreign Protestant settlers arrived in 1753, used previously as a burial-ground by local Acadians and possibly the Mi'kmaq. The early markers have all disappeared, and what remains today are those from 1852 to 1896, when the burial-ground was closed.

The gravestone photographs are presented here in alphabetical order by last name of the individual – 267 names, and a total of 213 digitized images. Those from Hillcrest Cemetery are first, A to Z, followed by the smaller number from the Old French Cemetery, also A to Z. Use the Search Box to look for specific family names. Click on each image to explore it in detail with Zoomify, our magnification tool, and to read the related note area which provides name, date of death, age, and sometimes additional information gleaned from the stone itself; spellings have all been taken directly from the wording on the stones.

A plot plan is available for the Hillcrest markers included in the original project. Click on the plot number given with each Hillcrest entry, and you'll be taken directly to the digitized plan.

Among the well-known persons buried in Hillcrest Cemetery are Nova Scotian historian Beamish Murdoch (1800-1876) and Adolphus Gaetz, whose surviving diaries document everyday life in Lunenburg from 1855 until his death in 1873. Their tombstones were added to the project because of their significance. Also included is the tombstone of Gaetz's daughter, Amelia, who died in New York, aged 34, in April 1872, and was buried in Hillcrest Cemetery. Her burial procession was described by Gaetz in an affecting account in his diary, which was published by the Archives in 1965.

No doubt the most remarkable tombstone photographed was that of 14-year-old Sophie McLachlan, who was unjustly accused of stealing $10.00 from her employer. Not even her parents believed in her innocence and she died some time afterward of 'a paralyzed heart brought on by extreme agitation and peculiar circumstances.' Some months after her death, the son of her former employer confessed to the theft. The inscription on Sophie's tombstone in Hillcrest Cemetery reads simply, 'Falsely accused she died of a broken heart.'

Great care was taken during the project to clean the stones and to capture the best photographic image possible. Some of the markers have since then fallen over, have been weathered by time, or are so covered with moss that the inscriptions are now unreadable.