"The Barque Annapolis built at Annapolis Royal, NS in 1873" 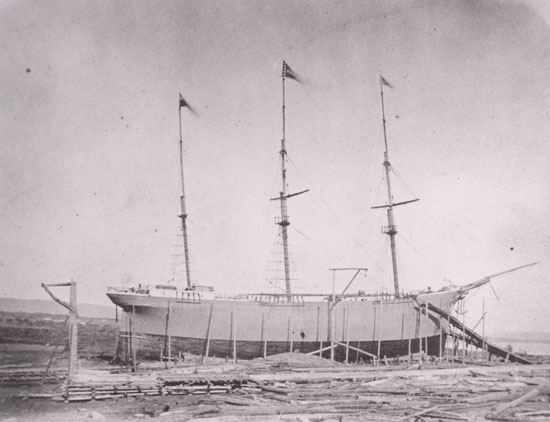 Built by Lawrence Delap, her first passage to Ireland was in 1874: "The barque Annapolis of Annapolis, NS sailed from Miramichi on the 29th of August last, arrived at Queenstown, Ireland on September 9, thus making the passage in eleven days, the quickest ever made from a Gulf port to Ireland by a sailing ship across the Atlantic. The Annapolis is 915 tons and commanded by Captain Albert Delap [of Granville Ferry]." The Halifax Chronicle reported on 30 March 1888 "The Nova Scotia barque Annapolis is reported wrecked at Trinidad … owned by George J. Troop of Halifax."