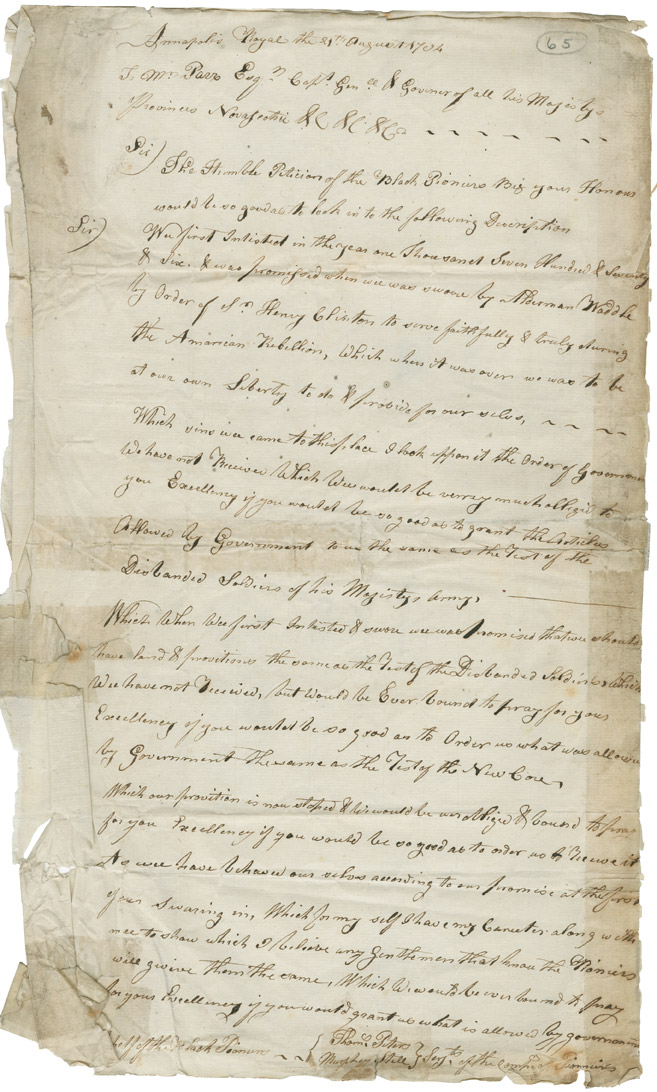 Sergeants Thomas Peters and Murphy Steel were senior non-commissioned officers of the Black Pioneers. They are petitioning the government on behalf of the regiment for equal treatment with other disbanded Loyalist soldiers. In 1785 the Pioneers, the only officially recognized black regiment on the British side during the American War of Independence, received one acre apiece in the town of Digby.