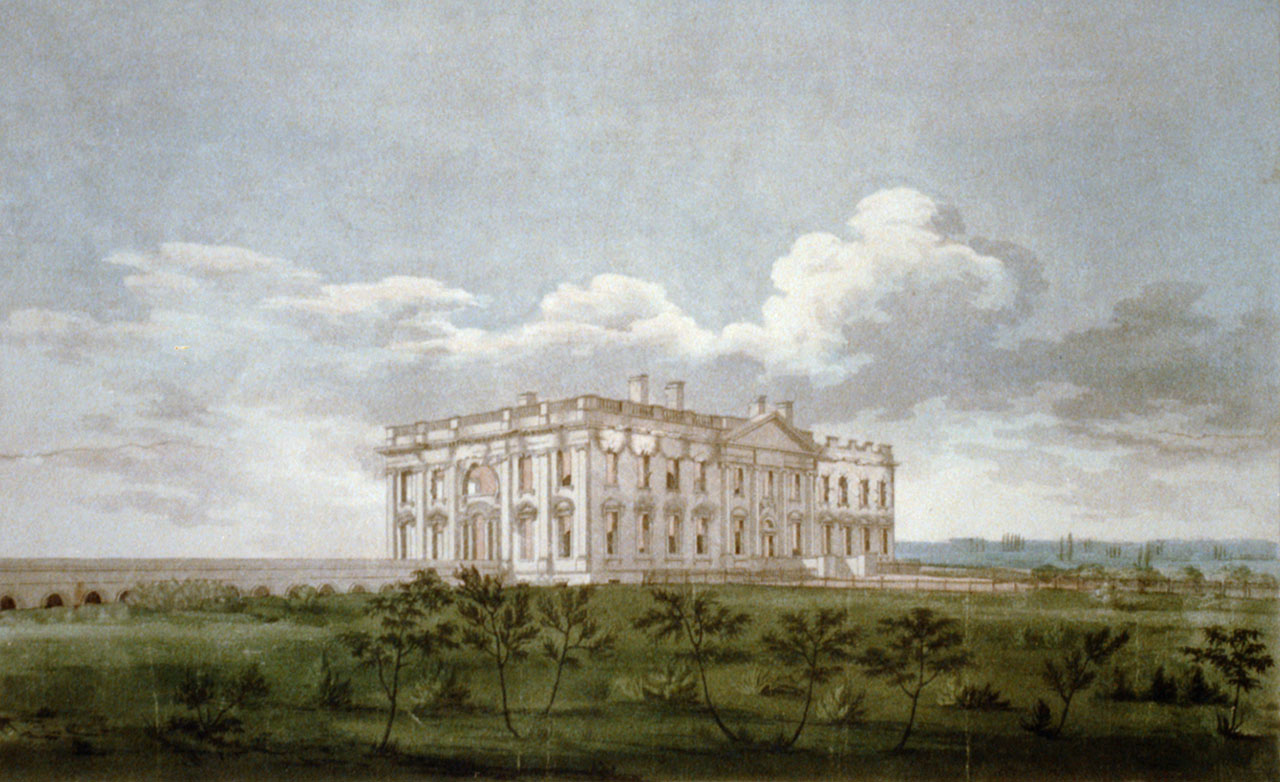 George Munger del. ; W. Strickland sculp. from the collection of the Library of Congress LC-USZC4-405.

Print shows a view from northeast of the fire-damaged White House, a result of the War of 1812. On August 24, 1814, British general Robert Ross led his troops into Washington with strict orders to burn only public buildings. On August 25, a tornado blew through the city, bringing torrential rains that quelled both fires and British desire to pursue further action in Washington. 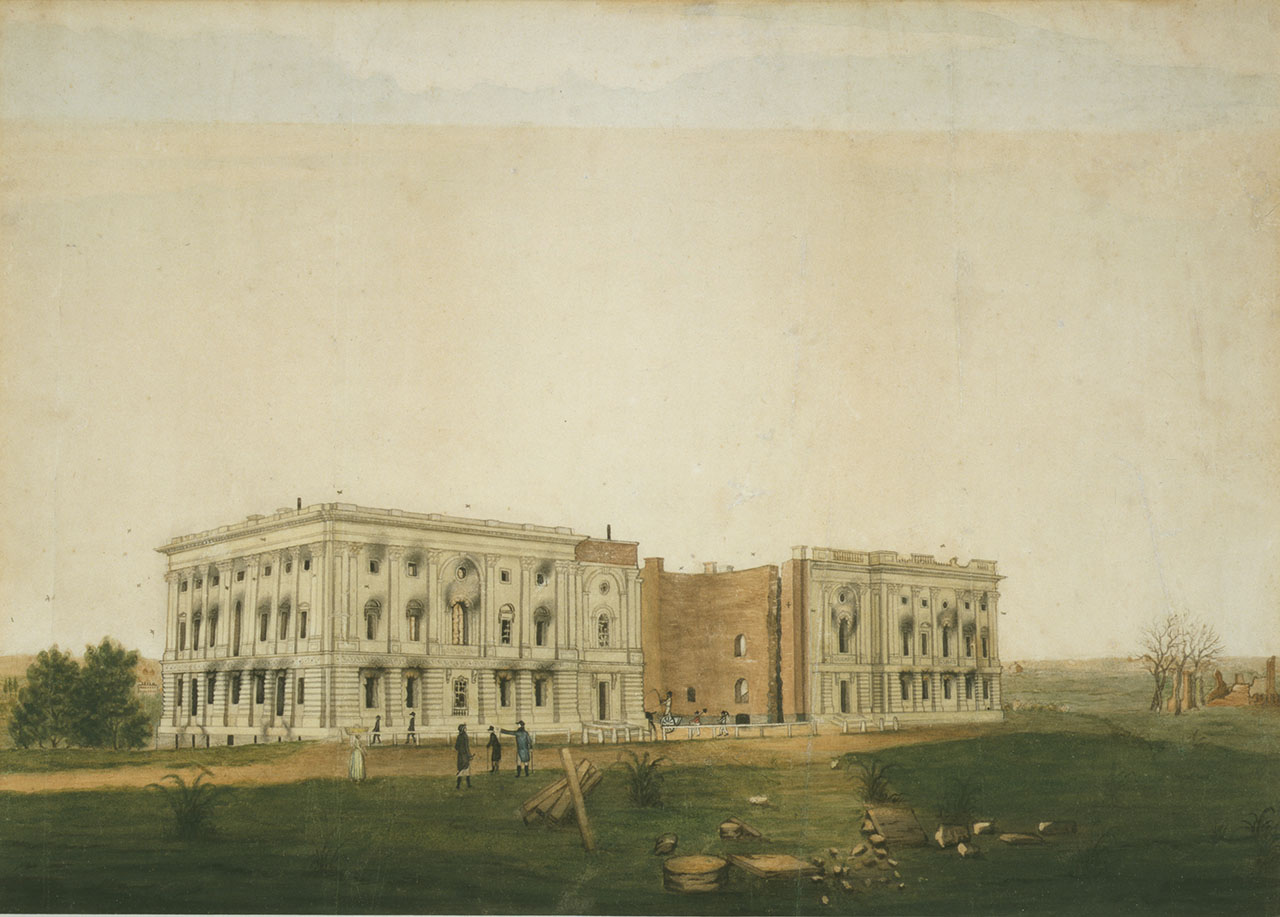 U.S. Capitol after burning by the British

George Munger from the collection of the Library of Congress LC-DIG-ppmsca-02160.

Drawing shows the ruins of the U.S. Capitol following British attempts to burn the building; includes fire damage to the Senate and House wings, damaged colonnade in the House of Representatives shored up with firewood to prevent its collapse, and the shell of the rotunda with the facade and roof missing.