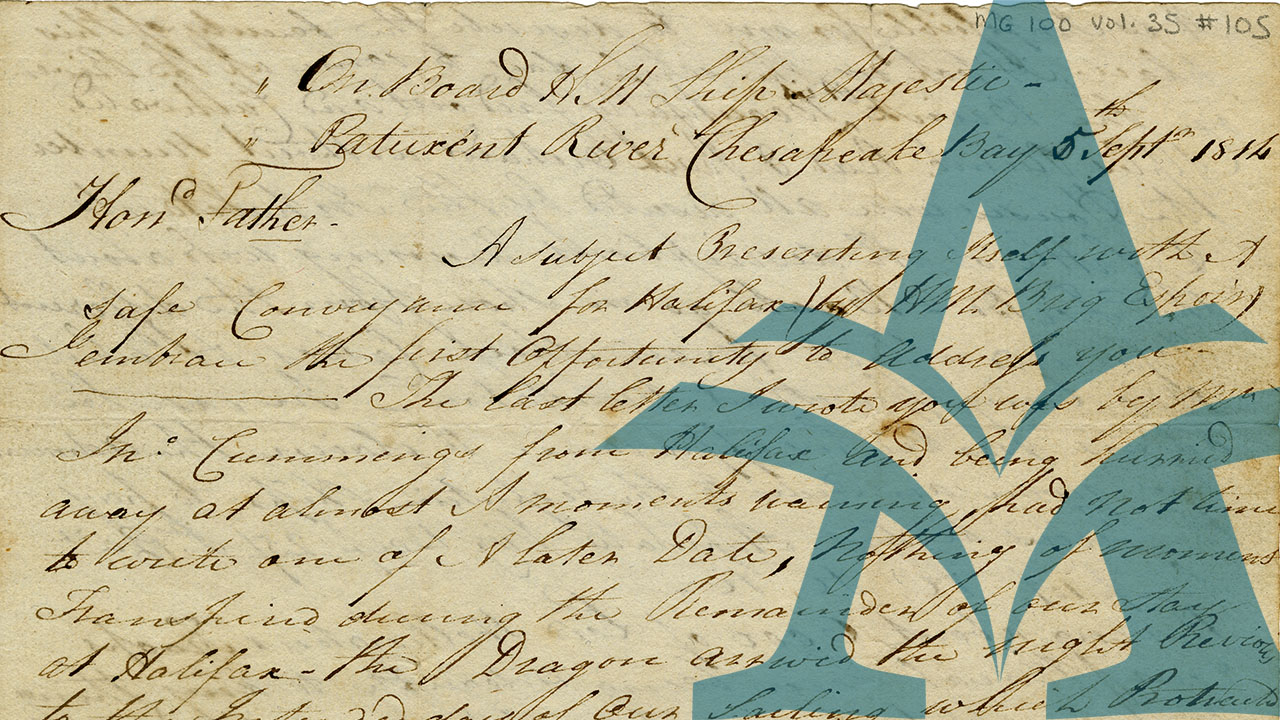 U.S. Capitol after burning by the British

On 24 August 1814 during the War of 1812, after defeating the Americans at the Battle of Bladensburg, a British force led by Major General Robert Ross occupied Washington City and set fire to many public buildings, including the White House and the Capitol.

Dr. John Fox, a native of Cornwallis Township, Nova Scotia, was Assistant Surgeon on HMS Majestic. The Majestic joined the squadron of Admiral Sir Alexander Cochran in Chesapeake Bay for the attack on Washington, D.C.

The letter presented here was donated to the Nova Scotia Archives in 1983 by a descendant of Dr. Fox.

The description of Washington burning is at the bottom of page 2 in both the original and the transcript. At the top of page 3, Fox recounts how British soldiers entered the White House and stole some of President Madison's clothing (and perhaps his underwear) before the official residence was torched.