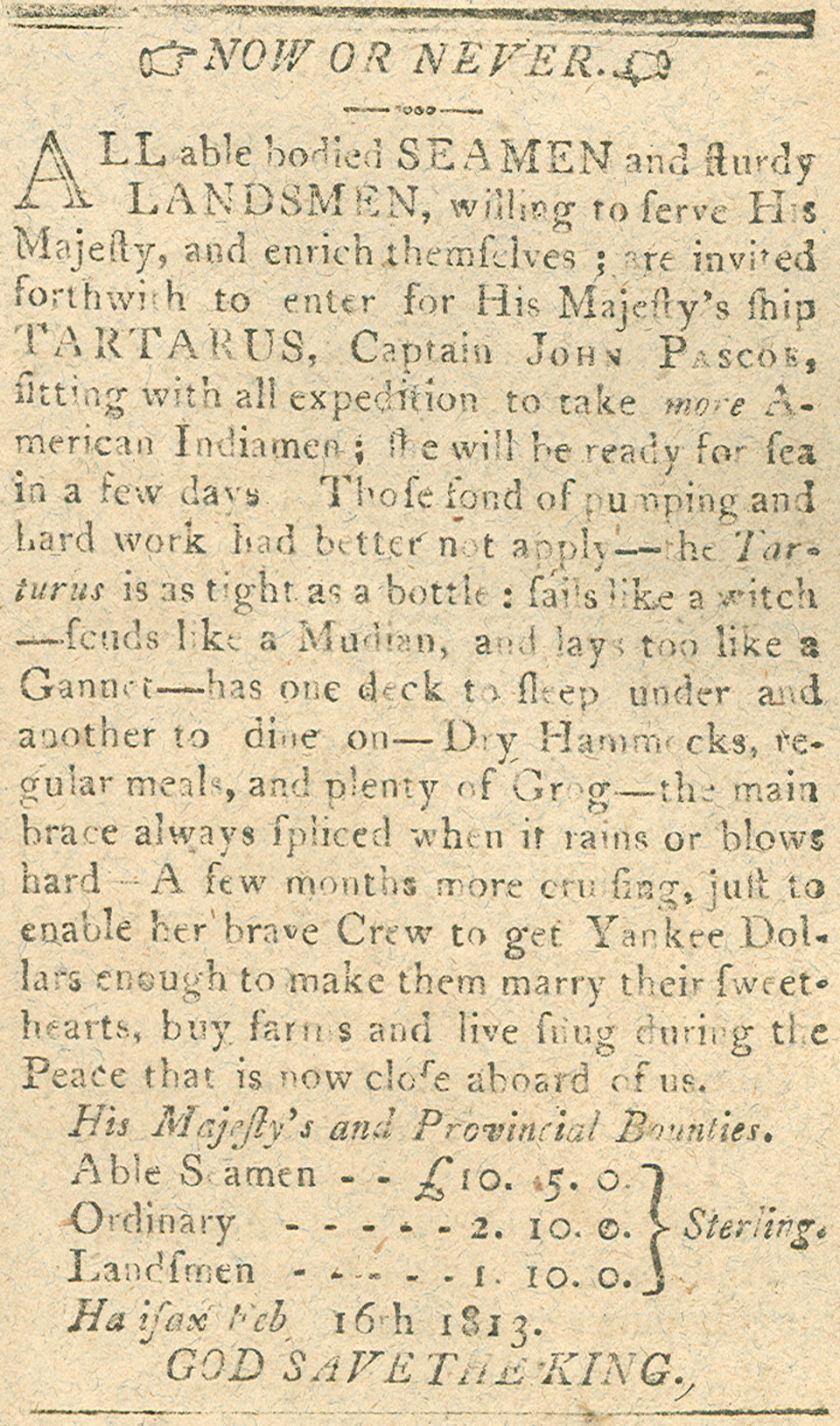 Prize money was eagerly sought after by Royal Navy vessels, in part as a device to entice mariners to volunteer for service. But seamen could make better money on privateers, thus private vessels of war almost never had to advertise for crew.