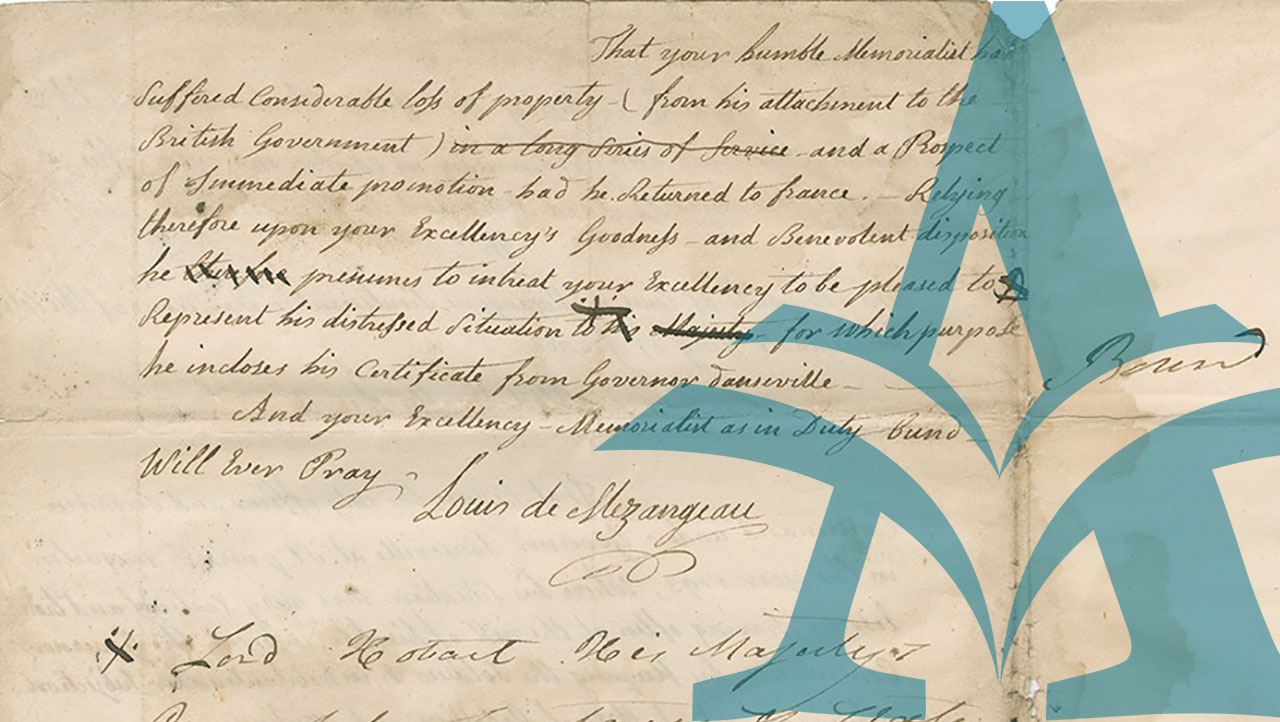 Draft of a petition to Governor John Wentworth for a pension

Regimental orders instructing Lieut. Mezangeau and Lieut. Rigby to go to Chizzen Cook to carry out the orders

Notice of French lessons offered by Mr. Mezangeau and a list of subscribers with related details

Louis de Mezangeau was born in 1766 in Brittany in France. He served in the French navy, first in Guinea in West Africa and then on the islands of St-Pierre and Miquelon beginning in 1785. By 1793 he was second in command to Governor Danseville on the island of St-Pierre. In the spring of 1793 the islands of St-Pierre and Miquelon surrendered to the British and on June 20th that same year Mezangeau along with five or six hundred prisoners were transported to Halifax on board the frigate Alligator. He became a British subject and was commissioned as a lieutenant in the Nova Scotia militia in 1797. He served as an officer in the 2nd Battalion of Halifax militia and he took a regiment to Chezzetcook and Lawrencetown to defend the coast from an attack by Napoleon's navy in 1804. In 1802, owing to his education, he received a license to teach in Nova Scotia. He was first married to a Mrs. Whittear and later, circa 1805 or 1806, married Maria Louise Naugle from Eastern Passage, with whom he raised seven children. He returned to France later in life to address either family money matters or arrears in his pay and is believed to have died there.

Consists of records documenting de Mezangeau's military career and how he came to live in Nova Scotia, as well as information about his immediate family and some of his relatives living in France. Includes correspondence, copies of narratives and notices relating to de Mezangeau, a petition and an account of his life.