The McCurdy family walking through the honour guard after landing to attend the memorial service for J.A.D. McCurdy in Cape Breton 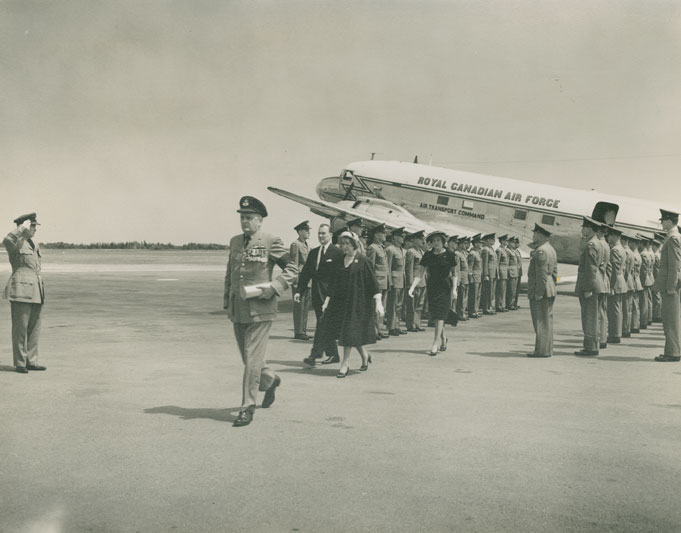 The Chronicle-Herald, Thursday, 6 July 1961, p. 22, reported "The ashes of J.A.D. McCurdy, Canadian aviation pioneer and former lieutenant-governor of Nova Scotia are to be flown to Baddeck July 8 for burial there, the RCAF said Wednesday. . . . The RCAF said the ashes will be flown from St. Hubert, Que., to Nova Scotia in a North Star plane. A simple graveside ceremony is planned at Baddeck."