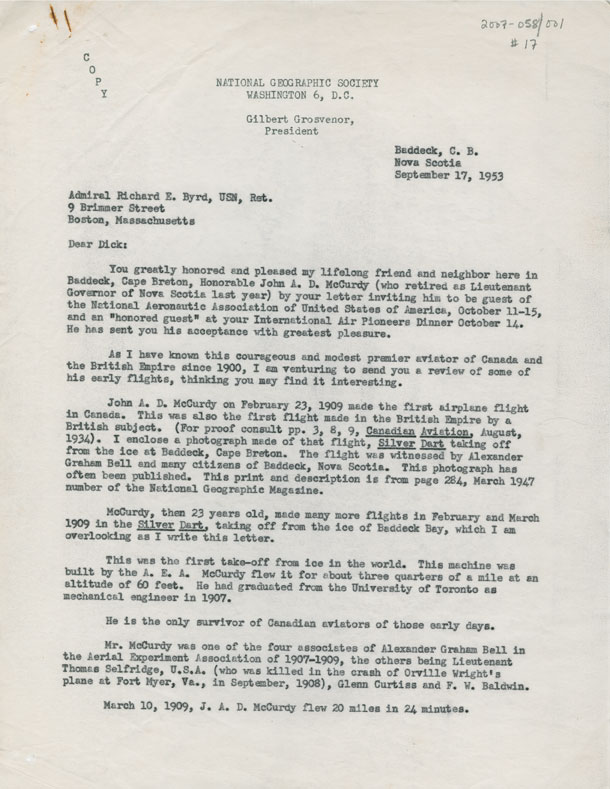 McCurdy is honoured and pleased to be a guest of the National Aeronautic Association of United States of America and an "honoured guest" at International Air Pioneers Dinner in October. Grosvenor also outlines McCurdy's flying career.