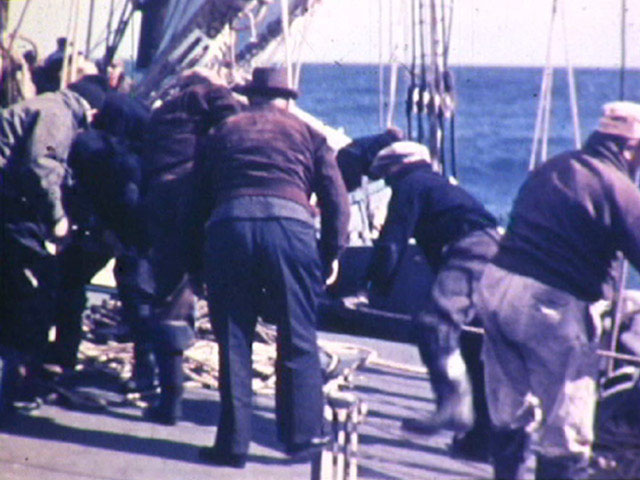 The final race for the International Fishermen's Trophy took place in October 1938 off Gloucester, MA. The Bluenose, by then 17 years of age, defeated rival Gertrude L. Thebaud, 3 races to 2. Still handling as smartly as ever, Canada's most famous sailing vessel was a tribute to the Nova Scotia shipwrights and sailors who built and crewed her. Wallace MacAskill captured this final race in silent colour film. 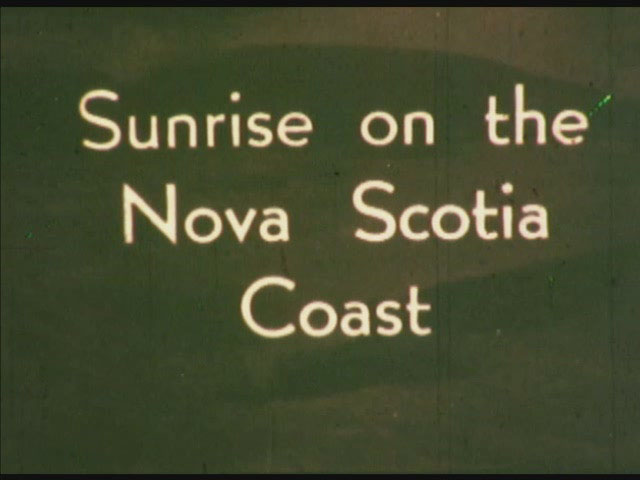 MacAskill's early use of colour film shows remarkable and romantic glimpses of Nova Scotia's land and seascapes. Used as tourism promotional films these moving images from the 1930s offered potential visitors to Nova Scotia sample views of 'The Province by the Sea'.