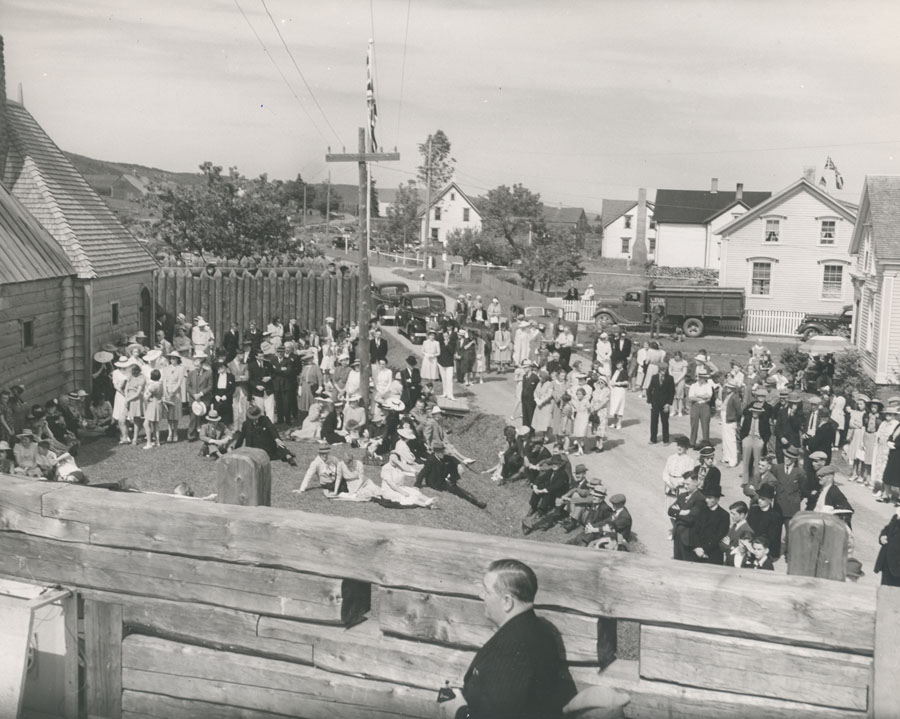 Exterior view of Habitation, showing part of the town. The Spectator, 26 June, reported that the Hon. T.A. Crerar, Minister of Mines and Resources, had announced that the Habitation would be formally opened on Friday, 4 July. Lieutenant-Colonel E.K. Eaton, President of the Historical Association of Annapolis Royal, invited members of this Association and their friends to the opening. Two weeks later, The Spectator reported that "A lot of people motored to the Champlain Habitation at Lower Granville last Friday afternoon, and listened to speeches in French and English on the occasion of the formal opening by the Federal govt. Refreshments were also served."