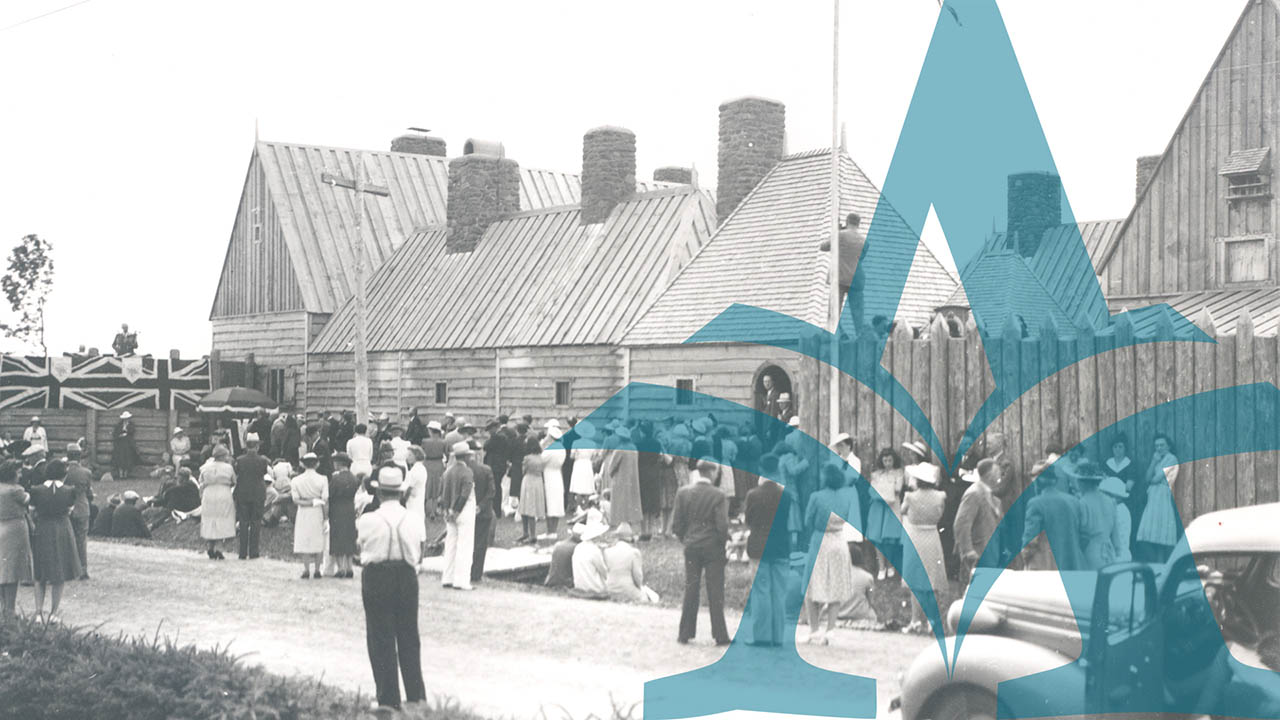 Restoration of the Habitation of Port Royal, N.S.

The year 2005 marks the 400th anniversary of European settlement in North America, with the focus of interest being a tiny dot on the map of Nova Scotia — specifically, the modern-day community of Port Royal on the north shore of the Annapolis Basin, just west of Annapolis Royal. This is the site of the French explorer Samuel de Champlain's original 'Habitation' in 1605, remembered today in a twentieth-century reconstruction which is in its own right a significant accomplishment and a continuing testimonial to Canada's national history.

In 1604 Samuel de Champlain, with his colleague Pierre Du Gua de Monts and a small group of fellow adventurers, established a fur-trading colony in the 'new world', choosing as their base tiny Ile Ste-Croix in the southwestern corner of modern-day New Brunswick. After a disastrous winter in what turned out to be a most inhospitable location, the remnants of the community migrated to a more congenial site across the Baie Française (Bay of Fundy), settling in a location they named Port-Royal.

The Habitation was constructed during the summer of 1605; it consisted of several buildings grouped, French-fashion, in a four-sided arrangement around a central courtyard. Although this new community did not last long, it was the earliest European settlement of any permanence in North America, north of Florida, and it introduced a way of life that was both innovative and unique for its time and place.

The site was abandoned in 1607 when the company's trading privileges were revoked, although one of the original colonists, Jean de Biencourt de Poutrincourt, returned in 1610 and re-established the colony. Disaster struck in 1613, however, when Captain Samuel Argall arrived with a raiding party from Virginia, looted the Habitation and burned it to the ground.

Although colonization of the area continued, time and tide gradually removed all traces of the ambitious little original settlement until three centuries later. In the 1920s, the Historical Association of Annapolis Royal systematically began acquiring and transferring to the Government of Canada various small plots of land at Lower Granville (as it was then called) which had been positively identified as comprising the actual site of the Habitation; a cairn was erected in 1924 to mark the location and its history.

Determined individuals such as L.M. Fortier, Harriet Taber Richardson and E.K. Eaton continued to promote preservation of the site, securing expert archaeological and historical advice and lobbying the government of Canada for support. Their efforts were rewarded in 1938, when Ottawa agreed to reconstruct the Habitation as a federal public-works project designed to stimulate local employment during the Depression.

Reconstructed and furnished according to the standards and best practices then known to archaeologists, restoration architects and material-culture specialists, the Habitation was the centrepiece of Canada's new Port Royal National Park. This was one of the earliest built-heritage projects undertaken in Canada, and the community support which nurtured it evidenced a vibrant and growing interest in public history.

The official opening was on 4 July 1941. Some 500 guests listened as dignitaries celebrated the achievement; Evangeline was sung in French - followed by There'll always be an England; and the ceremonies were recorded by CBC Radio for later broadcast nationally. Among the official party was D.C. Harvey, Provincial Archivist for Nova Scotia, a member of the Historic Sites and Monuments Board of Canada, and closely involved with the project throughout its life — from inception and design, to dealing with the aftermath.

Twenty years of correspondence and reports scattered through Dr. Harvey's files at the Nova Scotia Archives provide unique insight into the challenges and issues surrounding government-sponsored built-heritage projects in the early days of public history as an industry: Should the site be called 'Champlain's Habitation' or the 'Port Royal Habitation'? What materials were used in the original construction? How should the Habitation be furnished? Did the original Habitation have a chapel? What flag or flags should be flown? How should the grounds be developed? What living-history activities should be presented? How would the park's single employee juggle housekeeping, guiding visitors, and mowing the lawn (with a hand-mower and scythe) — when he had no assistant and was unable even to take a lunch break?

These 'growing pains' reflected emerging concerns at mid-century, in both the public and private sectors, regarding the integrity, authenticity and preservation of Canada's built heritage. Now, at the beginning of the 21st century, this continuing debate is being specifically addressed by Canada's Historic Places Initiative, a country-wide heritage conservation program sponsored by the Government of Canada, with local, provincial, territorial and federal partners.