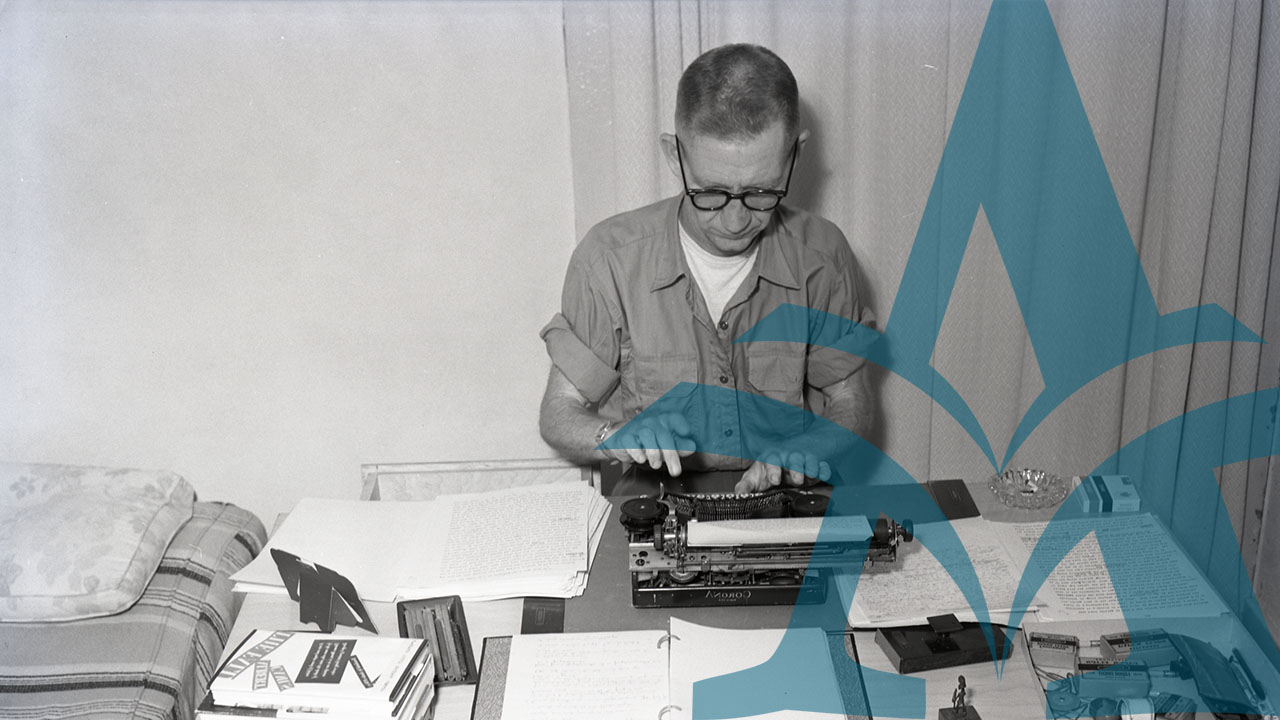 The Mountain and the Valley

Ernest Buckler in Front of His House, Centrelea, Outside Bridgetown, Nova Scotia

This year marks the 25th anniversary of Buckler's death, 4 March 1984 in Bridgetown, Annapolis County; last year marked the centenary of his birth, 19 July 1908 in Dalhousie West, also in Annapolis County. Except for time spent at Dalhousie University (BA '29), the University of Toronto (MA '30) and the Manufacturers' Life Insurance Company (Toronto, 1931-36), Buckler lived his entire life farming in rural Nova Scotia — at first on his father's property and later, after 1940, on his own acreage in Centerlea, just outside Bridgetown.

It was a remarkable life. He once wrote of himself, "About the only contact I have with the outside world is through my mailbox and a travelling Bookmobile; and an author's problems get scant sympathy in the country. Writing is regarded as at most a harmless eccentricity, like an abnormal appetite for marsh greens." Without cable television, long-distance phone plans, e-mail or the Internet, Buckler observed closely, immersed himself deeply in the natural world around him, corresponded widely with an impressive literary circle, and produced novels and short stories of outstanding beauty, sharp realism and gentle humour.

His surviving manuscripts and personal papers have been at Nova Scotia Archives since 1984. Much of the collection remains under copyright, but we are pleased to feature here a virtual exhibit highlighting his life and career, plus a searchable file list for those areas of his papers in the public domain. Buckler's work is perhaps in danger of being overlooked in the hustle and bustle of the early 21st century — so take a moment now to explore why a reviewer once proclaimed that "Ernest Buckler can say more in one page than most authors say in a whole book. Ideas seem to pour out of him."