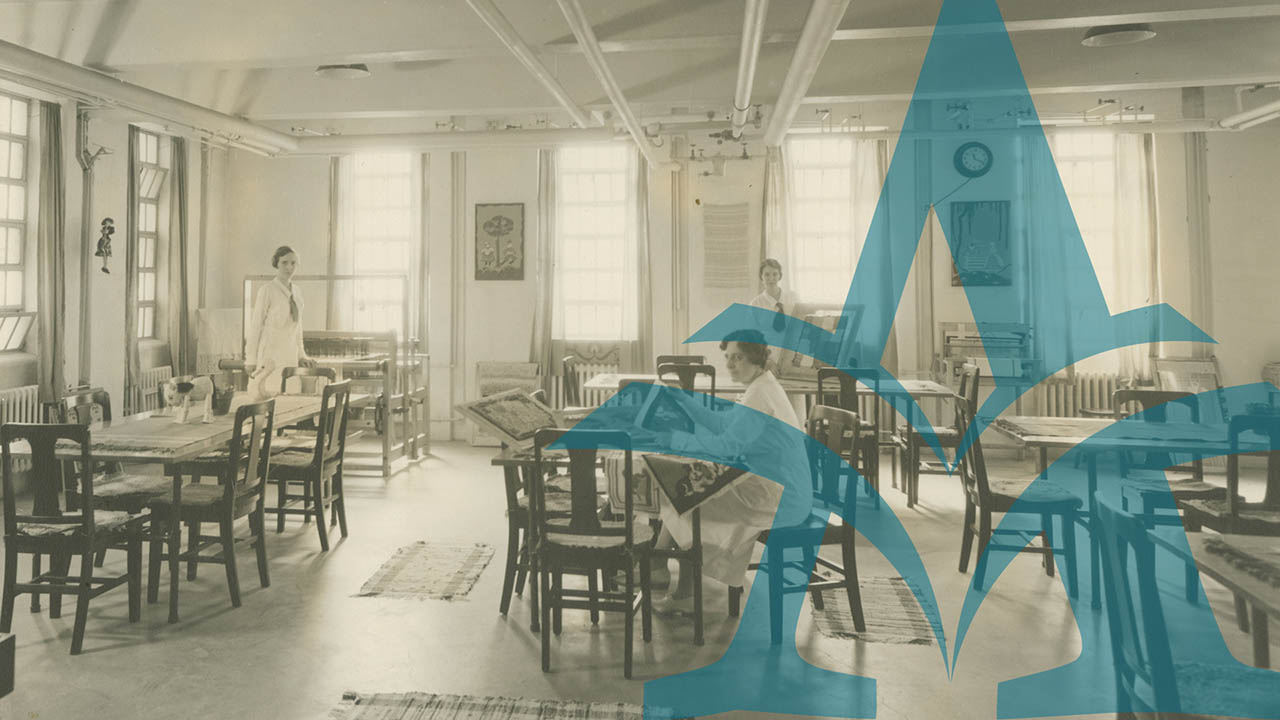 Mary Ellouise Black, an occupational therapist, teacher, master weaver and writer, created almost single-handedly a renaissance in crafts in Nova Scotia in the 1940's and 1950's. Her best-known book, The Key to Weaving, was published in 1945 and has since run to 3 editions and numerous printings. Its clarity is without parallel, and, more than half a century later, it remains a handweaver's prime source of information.

When she was 85 years old, a still vital Mary Black said in an interview that, when she wrote her book, she had to pretend to herself that she knew absolutely nothing about weaving, "yet had to explain it so that anyone who was a beginner would understand what it was all about."

She succeeded wonderfully well. More than 100,000 copies of The Key to Weaving have been sold and the latest edition is still one of the most lucid books on loom-controlled weaving.

Mary E. Black died on February 11, 1988, at age 92. Her estate bequeathed to the Atlantic Spinners and Handweavers, a hand-made chest containing, in orderly sequence, the collection of superbly woven textile samples along with research notes and correspondence relating to her published works. To keep this unique collection secure and available for study, a permanent home was needed, so the Public Archives of Nova Scotia was approached. When the importance of the textiles to the entire Mary E. Black collection was perceived, the Archives made an exception to their normal acquisition policy and agreed to receive them as archival material.

The collection of 1,350 textile items required careful conservation, which A.S.H. agreed to provide. Costume and textile specialists Clary and Sharon Croft of Halifax prepared a report listing all the items and their condition, and recommending a basic conservation plan and estimated budget.

The estimated conservation cost of around $5700 was well beyond the resources of a small volunteer society. A.S.H. gave $500 to defray the preliminary expenses, raised $1700 through a raffle, and applied for and received $2000 from the Jean A. Chalmers Fund of the Canada Council. Additional funds were solicited from the international weaving community and we received an overwhelming response. As a result, members of A.S.H. were able to complete the project in just over a year and half.

With the 20th anniversary of her death in 2008, the Atlantic Spinners and Handweavers began to plan a celebration of Mary E. Black's life and work. An exhibit of selected pieces from the collection has been arranged in the Archives to run from October 2007 to February 2008. There was, however, a belief that more could be done to share this collection with the wider weaving community. The Archives had been creating some wonderful "virtual" exhibits of some of their collection and it was perceived that this would be an excellent way to share the Mary Black Collection. This exhibit is, therefore, the result of collaboration between the Archives and the Atlantic Spinners and Handweavers. It will continue to grow as we explore the extensive artefacts and documents that make up the Mary Black Collection.