"Halifax List: Return of American Refugee Negroes who have been received into the Province of Nova Scotia from the United States of America between 27 April 1815 and 24 October 1818" 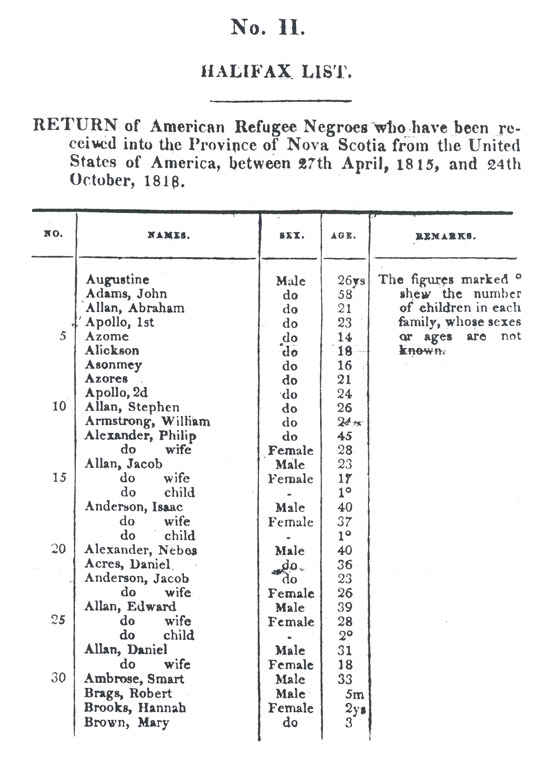 Search and view the "Halifax List"click to view

Numbered and alphabetized census of African American refugees arriving in Nova Scotia after the War of 1812. Includes 1663 individuals, most of whom arrived in 1815 or 1816. In addition to name or identification, the document provides gender, age and "remarks." Given its alphabetical order, the list was likely compiled from another document.

Reference: Department of State records relating to United States claims against Great Britain under the Treaty of Ghent and the Conventions of 1818, 1822 and 1826  Nova Scotia Archives  National Archives and Records Administration (Washington DC) RG 76 Entry 185 GB 1814 no. 51 G.B. 6 (microfilm copy only available at NSARM, microfilm no. 13577)