Letter From Lord Dalhousie to Earl Bathurst about the black refugees 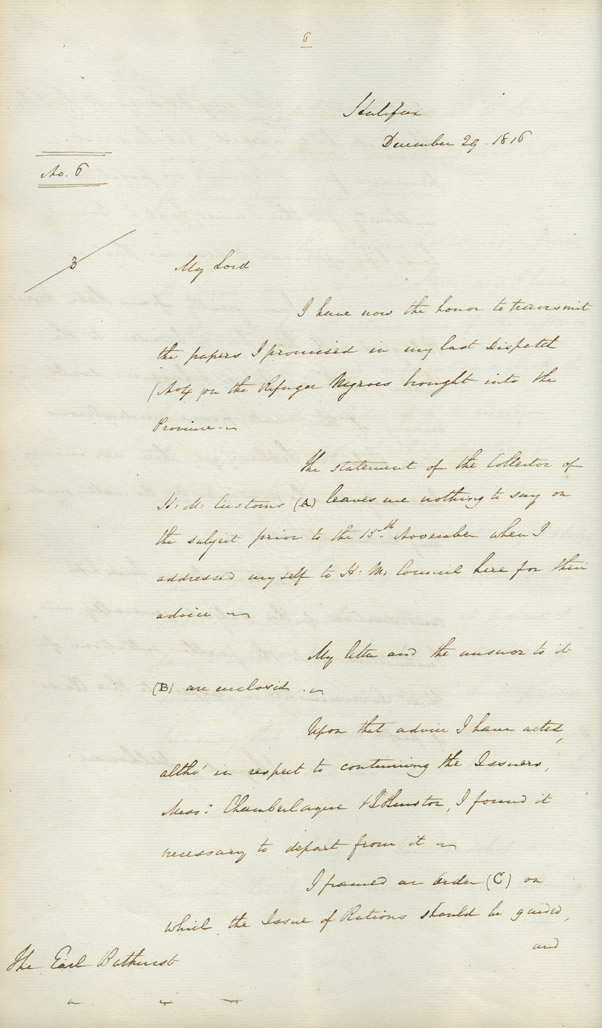 Dalhousie served as lieutenant governor from 1816 to 1820. He described the black refugees as "slaves by habit and education." His view was that many of them would never do well in Nova Scotia.