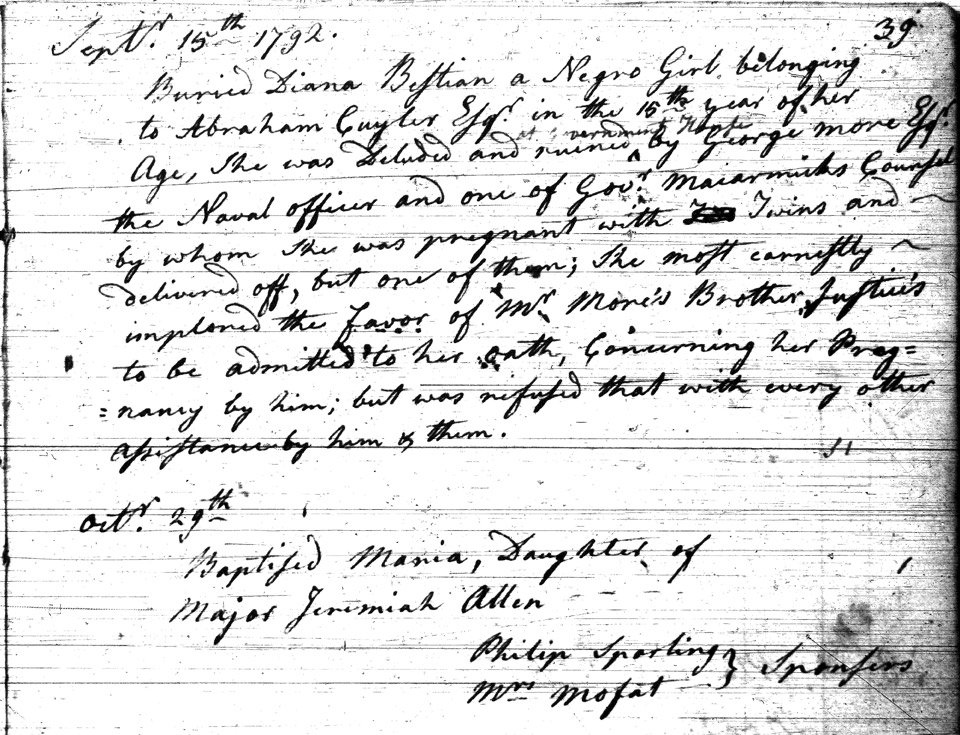 Diana Bustian died in her 15th year giving birth to twins; the father was George More, a naval officer and member of the Cape Breton Council. Diana had been brought by Cuyler, a prominent Loyalist from Albany, New York to Sydney in 1785. Cuyler, like More, was a member of the Council. Diana pleaded with George More and his brother for help, but they refused. Only one of Diana's twins survived.

Cape Breton was established as a separate colony, with its own governor and council, in 1784. Several hundred Loyalists settled there in 1784-5. Cape Breton remained separate from Nova Scotia until 1820.