1. Draft of letter to Chief Justice Blowers relative to the conduct of the officers of the Whiting, [already calendared, see above]. 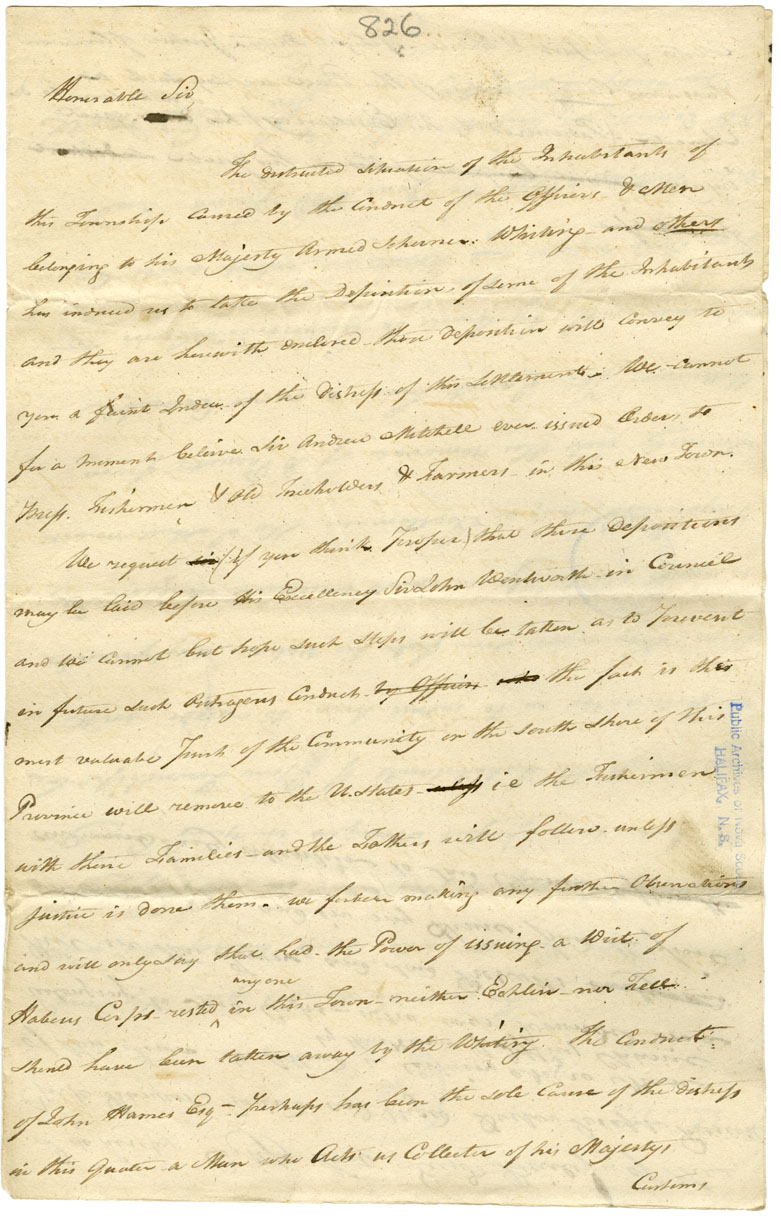 2. Draft of letter from Gideon White to an unnamed friend in Annapolis, recommending Dr. Prescott to his good offices.

4. Draft of another letter from Gideon White to a friend in Annapolis, relative to Dr. Prescott.