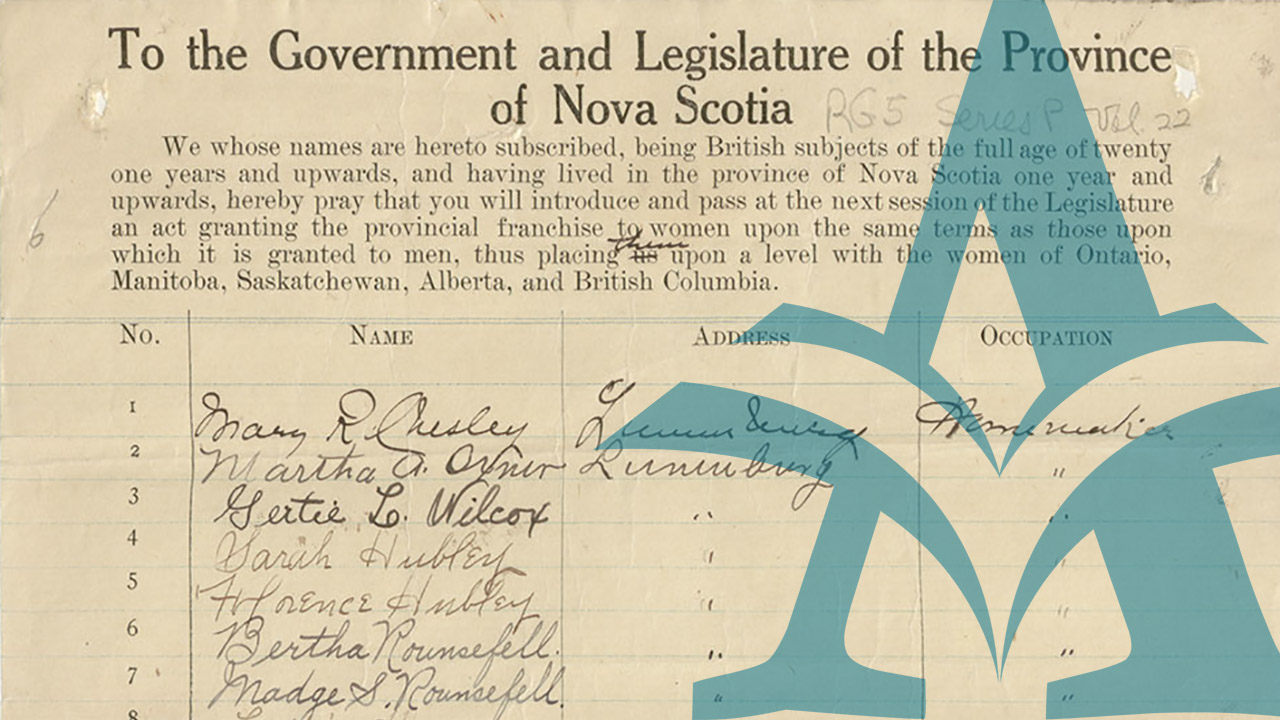 Petition from residents of Lunenburg County in favour of female suffrage

Women suffrage petition from 475 residents of Windsor, Hantsport and other centres of Hants County

April 2018 marks one hundred years of women being extended the vote in Nova Scotia — allowing many women to vote for the first time. While this did not extend to all women, they won the same terms as those granted to men at the time.

The campaign for the rights granted in 1918 involved the dedicated efforts of women and men from across the province. ‘Suffragettes’ gathered signatures to submit to the Provincial Government calling for "an acting granting the provincial franchaise to women upon the same terms as those upon which it is granted to men". The petitions of 1918 were not the first attempt to pass this legislation, as earlier attempts in 1894 and 1895 had failed. It took the societal shake up of the First World War, leading to the extension of the franchise to military family members, to refuel the drive for universal extension. At least 3,865 names on 18 petitions, representing areas from across the province, were presented to the House of Assembly and on April 26, 1918, the legislation was passed.

In honour of this ‘extension of the franchise to women’, Nova Scotia Archives has digitized these petitions to create a valuable resource. The names captured here represent a cross-section of Nova Scotia society, men and women from all over and with a variety of occupations (all these areas are searchable in the resource) demonstrating the issue’s importance to ‘regular folk’ – homemakers, tailors, music teachers. We invite you to explore this important piece of our history.