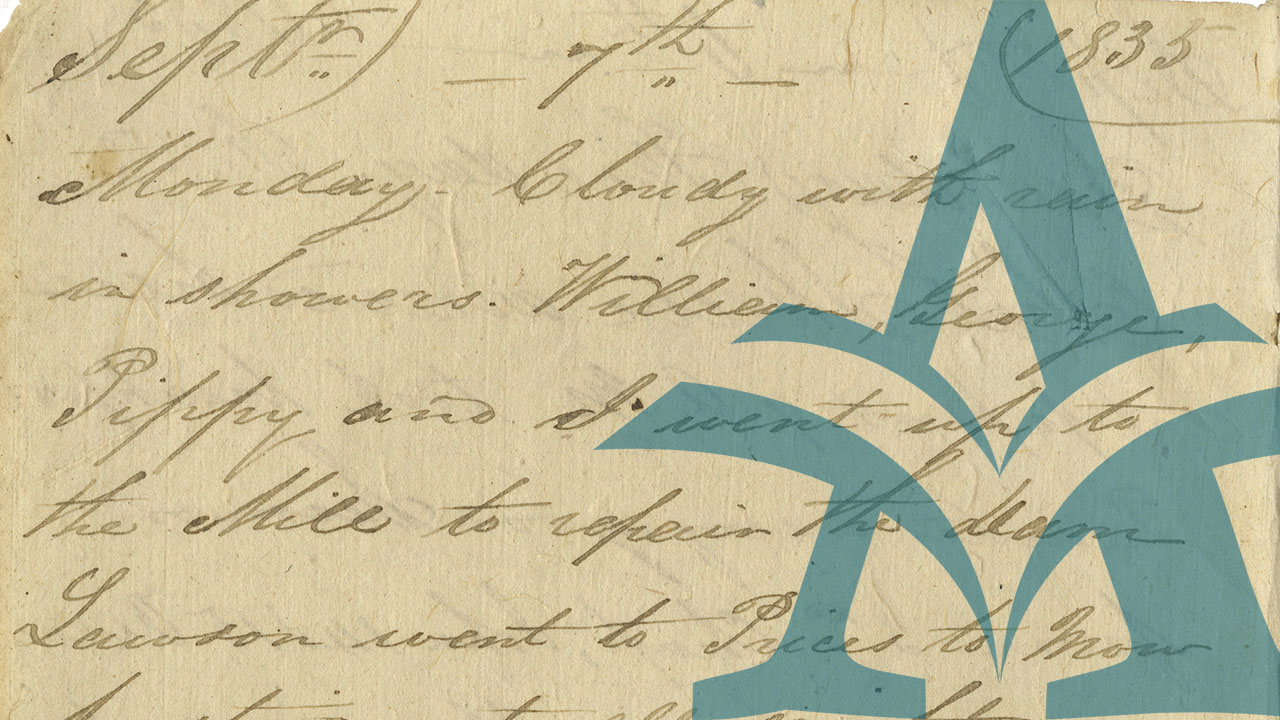 September 7th 1835
Monday, Cloudy with rain in showers. William, George, Pippy and I went up to the Mill to repair the dam. Lawson went to Prices to mow

The story of the community of New Ross is entwined with the history of the Ross family. Lord Dalhousie, in his capacity as Governor of Nova Scotia, was deeply interested in agricultural development and the encouragement of settlements in the interior of Nova Scotia. William Ross, a lieutenant in the 16th Regiment of Infantry, was persuaded by Dalhousie to accept a position as a Captain in the Nova Scotia Fencibles, and in this role to lead the remaining soldiers of that regiment in creating the establishment that would become known as New Ross. In August, 1816, Captain William Ross, his wife Mary (Williams), their four children: Mary, born Cork, Ireland,1806; William Henry, born Fort Amsterdam, South Armenia, 1810; Edward Irlam, born Sunderland, England, 1813 and George Lockhart, born Fort Coteau de Lock, Canada, 1815, along with 172 disbanded soldiers arrived at Sherbrooke. In 1817 Ross was appointed deputy surveyor of lands and in 1819 was granted the section of the Sherbrook grant that became New Ross. The fifth child of William and Mary was born at New Ross in 1818.

This resource contains correspondence, newspaper clippings, deeds, etc. accumulated by Captain William Ross, the diaries of Edward Ross, the second son of William and Mary, and land papers relating to the military settlement and the property in New Ross. These materials combine to illustrate the social, business and familial interactions, growth and development of the Ross family and the community of New Ross.