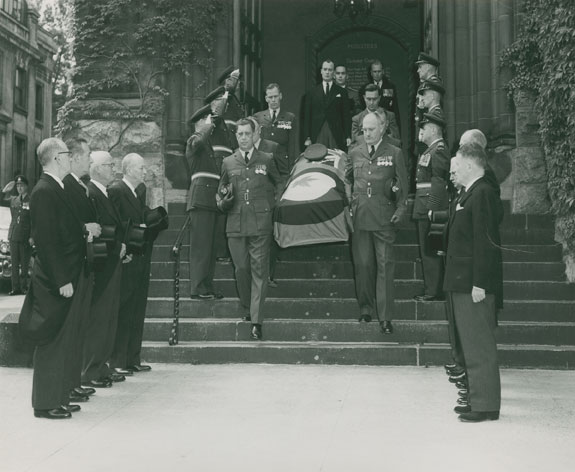 J.A.D. McCurdy died in the Royal Victoria Hospital, Montreal, on 25 June1961.The front page of The Chronicle-Herald, 26 June 1961, reported that J.A.D. McCurdy, "the man who pioneered flight in Canada, died in a Montreal hospital yesterday still ‘kind of proud' that he was the first man to fly a plane in the British Empire." The newspaper also noted, "McCurdy, who held the first pilot licence issued in Canada, was always thrilled by the romance of flight. He lived long enough to see the day when man made a flight into space."