Stephen Edgar (S. Edgar) March was born in Bridgewater, NS, on 4 August 1870, the youngest son of the Reverend Stephen March, a Baptist minister, and his wife Anna Elizabeth Keating. Young Edgar was raised in Bridgewater, then went to Halifax for his higher education. He graduated from Dalhousie Law School and was admitted to the Nova Scotia Bar in 1893. He returned to Bridgewater that same year, set up a law practice, and married Eleanor Louise Wade; together, they would have eight children.

After several years of legal work, March was advised to spend more time outdoors for his health. He went on to become a successful farmer, and then a civil engineer and land surveyor, involved with local railway construction and, during the 1930s, the mapping of Oak Island. In 1937 he was appointed Stipendiary Magistrate for the District of Lunenburg County, an office he held until his death in Bridgewater on 26 June 1967.

Edgar March was a multi-talented individual. He was interested in sports, possessed many track trophies, enjoyed bowling, and was an honourary member of the Bridgewater Tennis Club. He was a bird watcher and an ardent sports fisherman — regardless of the weather, he always went fishing on the first day of the season, and never returned home with an empty creel. March was noted as well for his fine tenor voice, and sang for many years in the Bridgewater Baptist Men's Choir.

His 'favourite hobby', however, was painting — he worked in oils, watercolours and charcoal. Over his lifetime, he created more than a hundred landscapes, now treasured possessions of family and friends. In 1915 he began a series of watercolours depicting birds native to Nova Scotia — the subject of this virtual exhibit.

In almost every instance, March painted from a hand-held, live model, rendering his subjects either life-size or to a scale which enabled viewers to appreciate the size of the species. He took great care with his small models, capturing them with leg snares, subduing and handling them gently, working quickly, and then releasing them back into the wild. The paintings frequently featured birds in pairs, presenting both the male and female of the species. During the 1920s, as his style matured, March began devoting more detail to the image background, ensuring that typical vegetation or primary food sources were included in the perspective. Since he was a recreational bird watcher and claimed no learning in ornithology, the watercolours are invariably titled with the species’ common name only, rather than with the correct scientific nomenclature.

The paintings were created intermittently over four decades; the last one was produced in 1953 when March was 83 years old. Five years later, in 1958, he donated the collection to the Public Archives of Nova Scotia, thus ensuring that his talent as an amateur artist would live on.

For many years, most of the watercolours hung in the main stairwell of the Chase Archives Building in Halifax, greeting thousands of visiting researchers — many of whom can still clearly remember their bright colours and cheerful welcome. They are presented here now in a virtual exhibit, so that thousands more can enjoy the legacy created by a little-known amateur artist who wanted to share his knowledge and love of Nova Scotia's bird life with nature lovers everywhere. 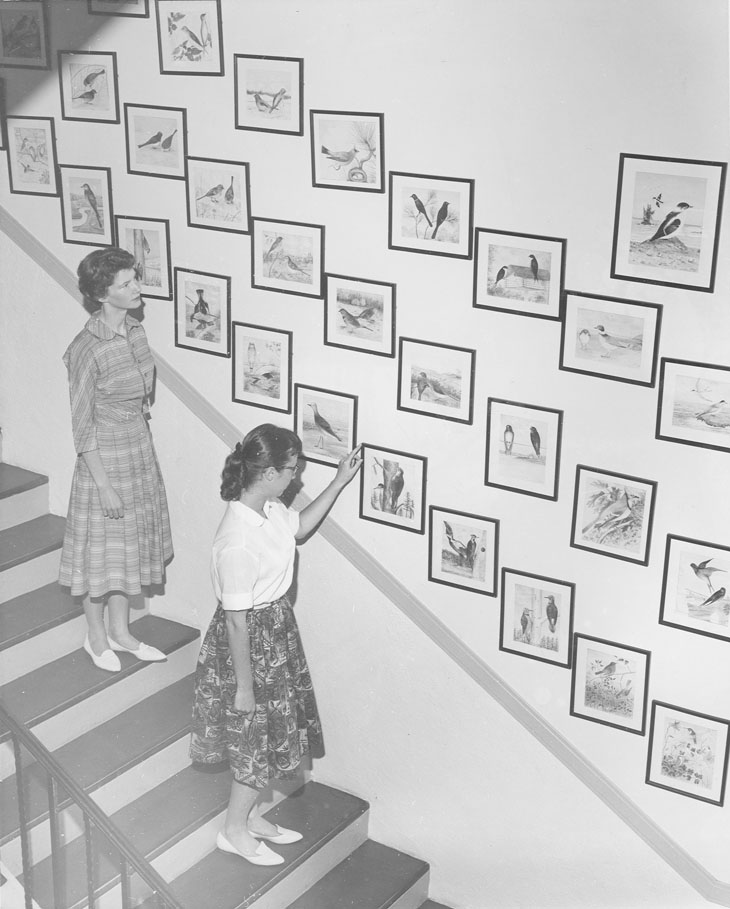