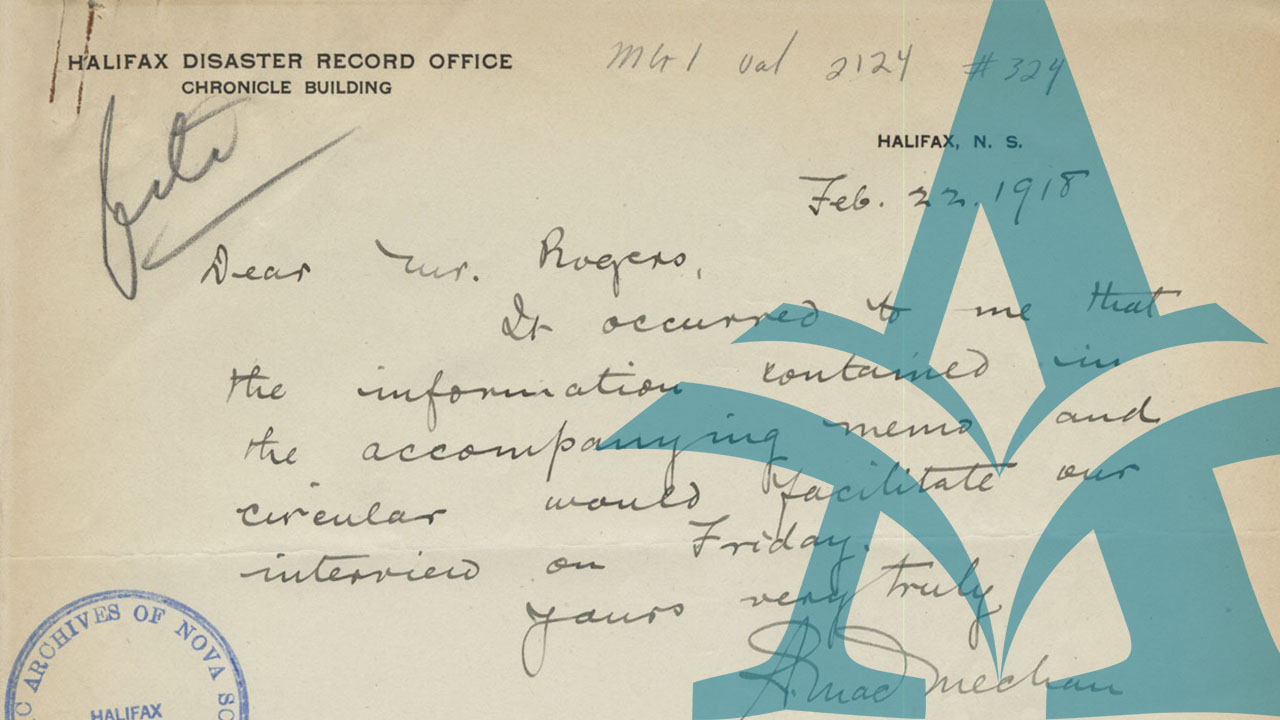 Letter from A. MacMechan to Mr. Rogers

Archibald McKeller MacMechan was born in 1862 in Ontario. In 1889, he was appointed professor of English language and literature at Dalhousie University, Halifax. Following the Halifax Explosion of 1917, he was requested by authorities to prepare an official history of the explosion and was given the title of director of the Halifax Disaster Record Office, 1917-1918. MacMechan authored several books and wrote numerous articles, essays, and poems for newspapers and magazines. He died 7 August 1933.

Records consists of materials created and accumulated by MacMechan in the course of his employment at the Halifax Disaster Record Office, 1917-1918, including correspondence, copies of reports, memoranda, journals containing typed notes and press clippings, and personal reminiscences detailing events of the Halifax Explosion, including damages, injuries, and medical and relief activities. Much of the material was used in MacMechan's history of the explosion. Also contains draft manuscripts of MacMechan's history and related correspondence.