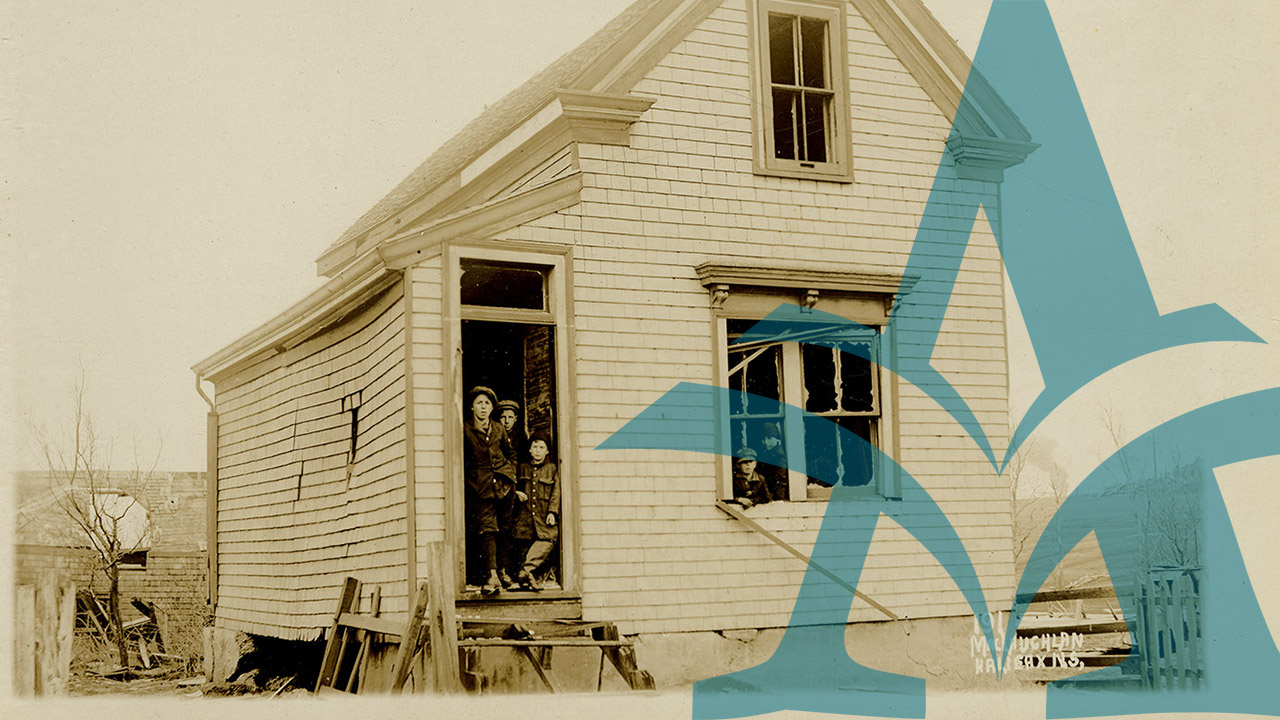 Charlottetown native W. G. MacLaughlan, a photographer and cinematographer, came to Halifax in 1914 and set up his studio on Barrington Street. Shortly after, he was appointed the official military photographer at Halifax. Following the Halifax Explosion on 6 December 1917, MacLaughlan was in an unique position to photograph and film the devastated area – an area surrounded by armed guards and inaccessible without an official pass.

The Nova Scotia Archives has a collection of W. G. MacLaughlan material including panoramic images and film. View the archival description for more information.

Presented here for the first time in 100 years are 123 MacLaughlan photographs of damaged buildings in and around the devastated area. Some locations have been identified based on notations on the images and/or the research work by Archives staff, however, the majority remain unidentified.

Also, Listen and watch videos based on the stories of five survivors. Hear their accounts of the disaster voiced and see what they saw, as life began again, through the images by W. G. MacLaughlan in January and February of 1918 as he photographed what was still standing in these neighborhoods.