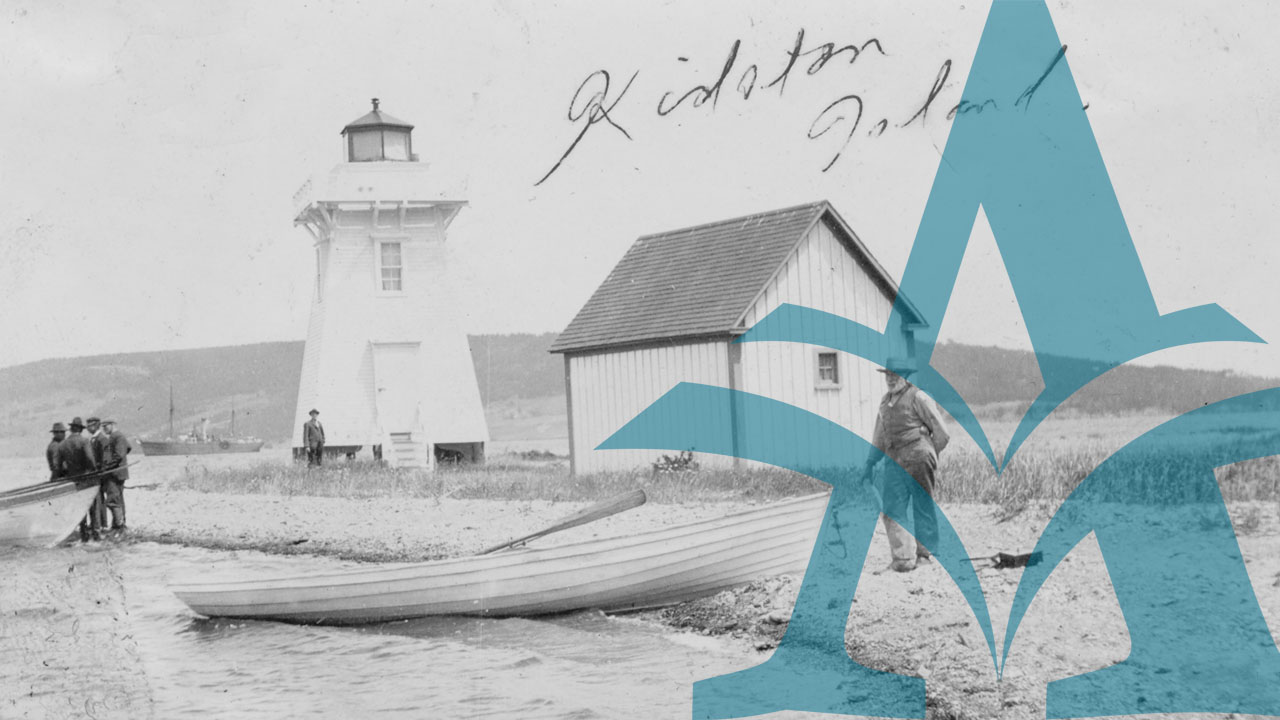 The first lighthouse in Canada — and the second in all of North America — was constructed at Louisbourg in 1730-33; its purpose was to protect shipping by lighting the way into the harbour of the great French fortress perched on the far southeastern rocky edge of Cape Breton Island. In the years after Louisbourg was captured by the British, the fortress was levelled and the land left desolate; there was no longer a need for the light and so it fell into ruins.

No other lighthouse existed or was necessary along the vast expanse of Nova Scotia's almost-empty coastline until 1758, when Sambro light was built at the far outer reaches of Halifax Harbour; a government lottery raised the necessary money. Thereafter, as pockets of settlement began to develop along the shoreline, the need for navigational aids became pressing. The development of hydrographic charts, printed sailing directions, and navigational markers and buoys facilitated daylight and fair-weather marine activities. Lighthouses, lightships and fog alarms provided the measure of security needed for night-time and foul weather.

The development of Nova Scotia's lighthouses was slow and spasmodic, following the pattern of early settlement and the sea-trade which sprang up around the larger communities. After the Sambro light, for example, nothing was built until after the American Revolution, when for a brief time Shelburne was the fourth-largest city in North America; a lighthouse was constructed at Cape Roseway in 1788, in response to local demands for the protection of shipping.

Thereafter, expansion continued slowly — Sable Island (1801), Brier Island (1809), Liverpool (1812), Point Prim/Digby (1817), Lunenburg and Cross Island (1832), Pictou (1834),Yarmouth and Cape Forchu (1839). Louisbourg did not receive a replacement light until 1842. By the mid-nineteenth century the colonial government, with help from Great Britain, was committed to providing funds for the construction and maintenance of a growing number of light establishments; by the late 1800s, they finally formed a chain around the perimeter of mainland Nova Scotia and Cape Breton Island. After 1867, responsibility for their operations was assumed by the Canadian Department of Marine and its successor bodies, such as the Department of Transport.

This virtual exhibit is one the largest within 'Nova Scotia and the Sea', containing 775 digitized images — period photographs and related documents, all telling the story of Nova Scotia's lighthouses and the people who lived and worked in them.

In the 1930s, Clara Dennis visited many of the province's lighthouses, took pictures, and came to know the lighthouse keepers and their families. She was especially interested in Cape Breton Island, and among the various lighthouse images presented here from her albums is the photographic record of a trip to Flint Island off Port Morien in eastern Cape Breton, and her friendship with the Martell family who lived there.

Light-keeping was a hazardous and demanding career, especially when it involved the keeper, his wife and their children. St. Paul Island, located far out in the Atlantic Ocean off the northeastern tip of Cape Breton was, apart from Sable Island, the most isolated station in Nova Scotia. The pictures presented here reveal how challenging and how necessary it was to keep that light. Photographs of Evelyn Richardson and her family at Bon Portage in the 1940s, and of the Boutilier family on Croucher's Island in the 1930s, are additional reminders of a life that could be rewarding for those who were resourceful and open to the opportunity.

An entire section of the exhibit has been allocated to a selection of representative government documents, chiefly from the Treasury Papers for Nova Scotia. This was the colonial administrative office responsible for collecting 'light duties'; taxes were levied on all shipping in Nova Scotia waters and then used to finance the construction, maintenance and staffing of light establishments and related facilities. Of related and special interest is the 'Superintendant's Report on Light Houses, 1857', published in the Journals and Proceedings of the House of Assembly for the Province of Nova Scotia (1858), with full details on the 41 lighthouses which then existed in the province.

Over 400 of the images presented in this exhibit come from three photograph collections created by the Department of Transport sometime around 1950, as a record of the department's responsibilities for provincial lighthouses. The images were produced during three distinct time periods — at the turn of the twentieth century, around 1920, and in the early 1930s. Together, they present the record of a world which no longer exists — from the depot in Dartmouth, with its buildings, vessels and wharves, to lighthouses, lightships and fog alarms all around the coast, and even including a few images from Cape Race, Newfoundland and Prince Edward Island. The three collections have been digitized in their original order, which is sometimes alphabetical and sometimes random, but which includes lighthouses from Yarmouth in the far south of Nova Scotia to St. Paul Island in the far north of Cape Breton — and everything else in between.

The images from the 1930s are especially revealing. In these pre-war years, the lighthouse establishment in Nova Scotia was probably at its zenith — a large, well-developed network that incorporated the best equipment of the time, gave employment to many, and provided a sense of home and security along thousands of miles of rocky coastline. In the decades after World War II, changing patterns of coastal and international trade, the advent of radar and sophisticated navigational technology, and the ravages of wind, water and time all combined to put an end to Nova Scotia's lighthouse world.