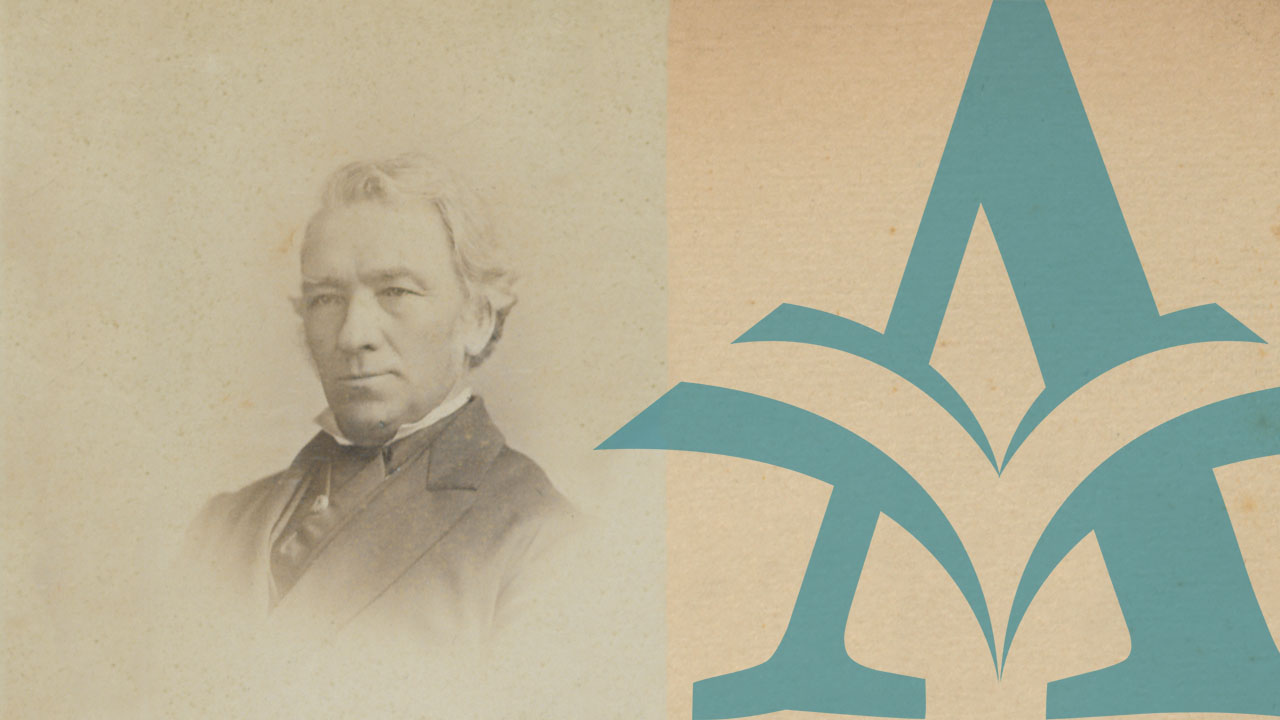 The Reverend David Honeyman was born in Fifeshire, Scotland in 1817 and studied Natural History and Oriental languages at St. Andrew’s University. There, Honeyman was able to balance his interest in science and his devotion to religion. After assisting in collecting specimens for the Watt Institute in Greenock, Honeyman became licensed to preach. His religious devotion brought Honeyman to Halifax where he accepted a role at the Free Church College as a professor of Hebrew. By 1850, Honeyman had joined the Presbyterian church, become an ordained minister, and moved to Antigonish.

After the publication of John William Dawson’s Acadian Geology in 1855, Honeyman refocused his passions toward geology and natural science. He resigned from ministerial work when he was appointed to make a collection showcasing Nova Scotia’s minerals and geological formations for the 1862 International Exhibition in London. Honeyman’s collection won the Juror’s Award for Geology, making Nova Scotia the most awarded of all Eastern provinces, with nineteen awards and eleven honourable mentions. After the Paris exhibition, Honeyman was commissioned to systematically investigate the minerals and geological formations within Nova Scotia, with assistance from Dr. Henry How of Kings College in Windsor. Honeyman represented Nova Scotia with his collections at the International Exhibitions in Dublin in 1865, Paris in 1867 and the Centennial Exhibition at Philadelphia in 1876. The collections presented at these International Exhibitions were highly regarded, and Nova Scotia received awards for their displays. As there was no place in Nova Scotia for Honeyman to display or store his collections after the exhibitions, he lobbied for a public venue to house these collections, as well as collections from the Nova Scotian Institute of Science and the Halifax Mechanics’ Institute. With the assistance of John Robert Willis and Andrew MacKinlay, the Provincial Museum, known today as the Nova Scotia Museum, became a reality in October of 1868. Honeyman was appointed as the first curator of the Museum, a position he held until his death in 1889.

Honeyman’s album is a collection of memorabilia from the exhibitions consisting of stereoscopic images, carte de visites, and invitations to dinners, as well as documents pertaining to his achievements, involvements and awards. Honeyman’s participation in the international exhibitions helped Nova Scotia gain recognition and increased the province’s reputation world-wide.