"Part of the Town and Harbour of Halifax in Nova Scotia looking down Prince Street to the Opposite Shore shews the Eastern Battery, George & Cornwallis Islands, Thrum Cap, &c. to the Sea off Chebucto Head", 1759 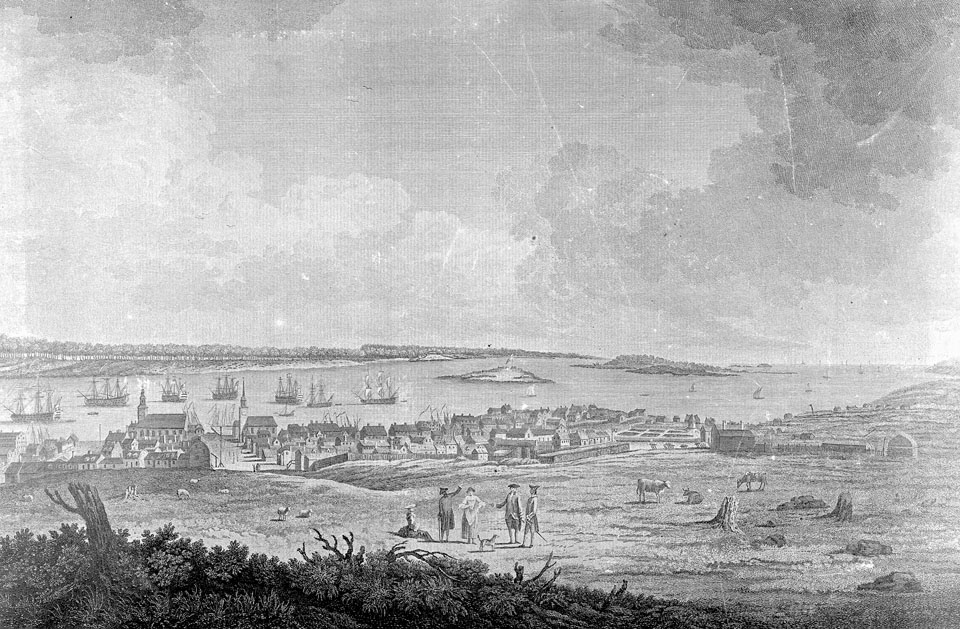 This sketch, done from the Citadel in May 1759, was executed while Richard Short was in Halifax during the Seven Years' War, with the British fleet bound for the siege at Quebec. Short was an amateur artist and the purser on board HMS Prince of Wales. The sketch shows at the northern (left) extreme, the Great Pontack Inn at the corner of Duke and Water Streets, and extends as far south (right) as the Governor's Summer Farm, now the site of Government House on Barrington Street.