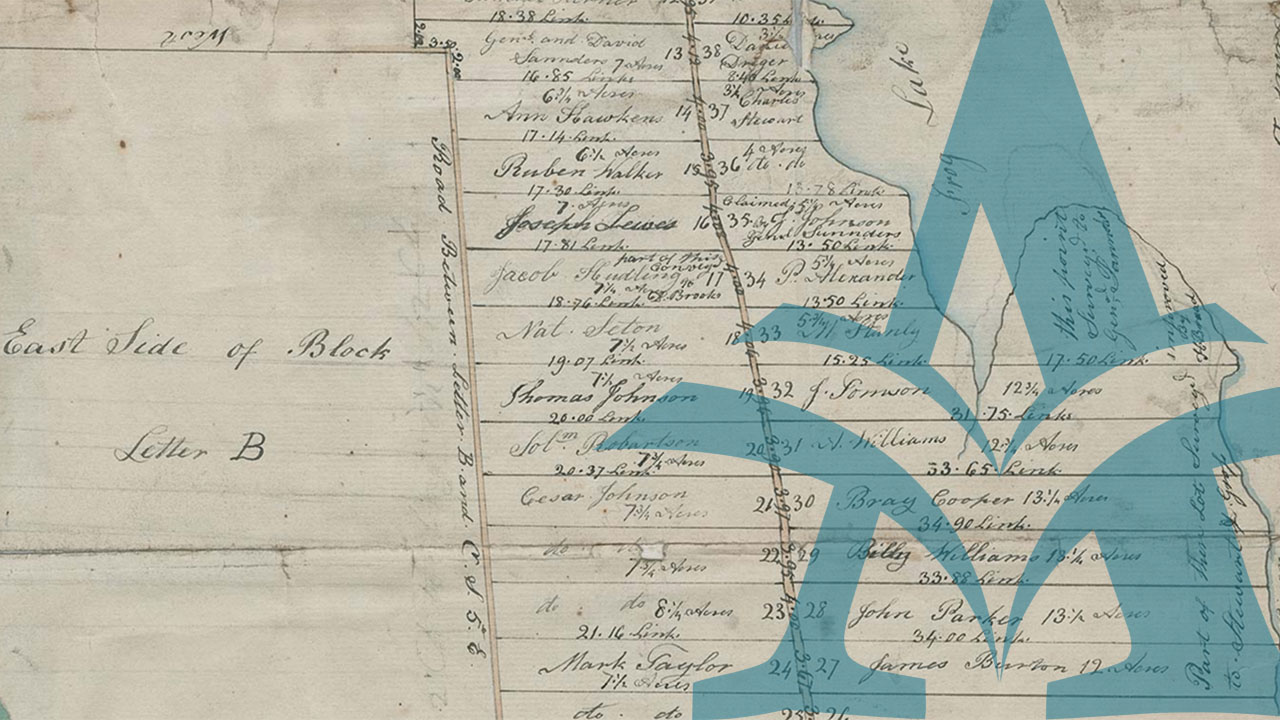 Plan by George P. Brehm of lots occupied by Black people at Preston

The Nova Scotia Archives is pleased to mark the designation of 2011 as the United Nations International Year for People of African Descent, by adding a significant new online archival resource to its existing virtual exhibits on African Nova Scotians. We have made available over 500 digitized and fully searchable Government documents relating to early African Nova Scotian immigration and emigration.

These documents were assembled, probably in the 1880s, by the first Records Commissioner, T.B. Akins, around the theme of "Black Refugees"

However, the documents focus primarily on the settlement of 2000 Black Refugees in Nova Scotia between September 1813 and August 1816. They came as the result of a proclamation by British military authorities during the War of 1812, giving Americans who deserted to the British side the opportunity of going as free settlers to one of the British colonies.

As might be expected with Government documents, many deal with financial and logistical matters, such as arrangements for transporting, feeding and clothing the black settlers, both in Nova Scotia and during their two migrations to Sierra Leone. There are many accounting documents and receipts to local suppliers who had obtained contracts to provide the necessary provisions to the new settlers.

Many other documents are of great personal interest, since they are rich in the names of individual Black Refugees. These include a number of passenger lists for Black Refugees arriving on British ships; and lists of those settled at Preston, Hammonds Plains, Beechville, and elsewhere. Petitions and letters from white citizens to Government, expressing concerns about the difficult conditions faced by the new settlers, provide a more intimate view of the Black Refugee experience. Through these documents, we learn about the challenges faced by individual settlers, such as James Barron, who, in the summer of 1816, lost his small house, his child, and some of his provisions and clothing to fire.

Despite their many difficulties, the Black Refugees of the War of 1812 remained in Nova Scotia. In 1820, the Government offered to assist any of them who were interested to emigrate to Trinidad. The documents include correspondence relating to the arrangements for emigration of the 95 Black Refugees who chose to go. Subsequent attempts to encourage further emigration to Trinidad failed, owing to fears of the black settlers that they might be returned to slavery there.