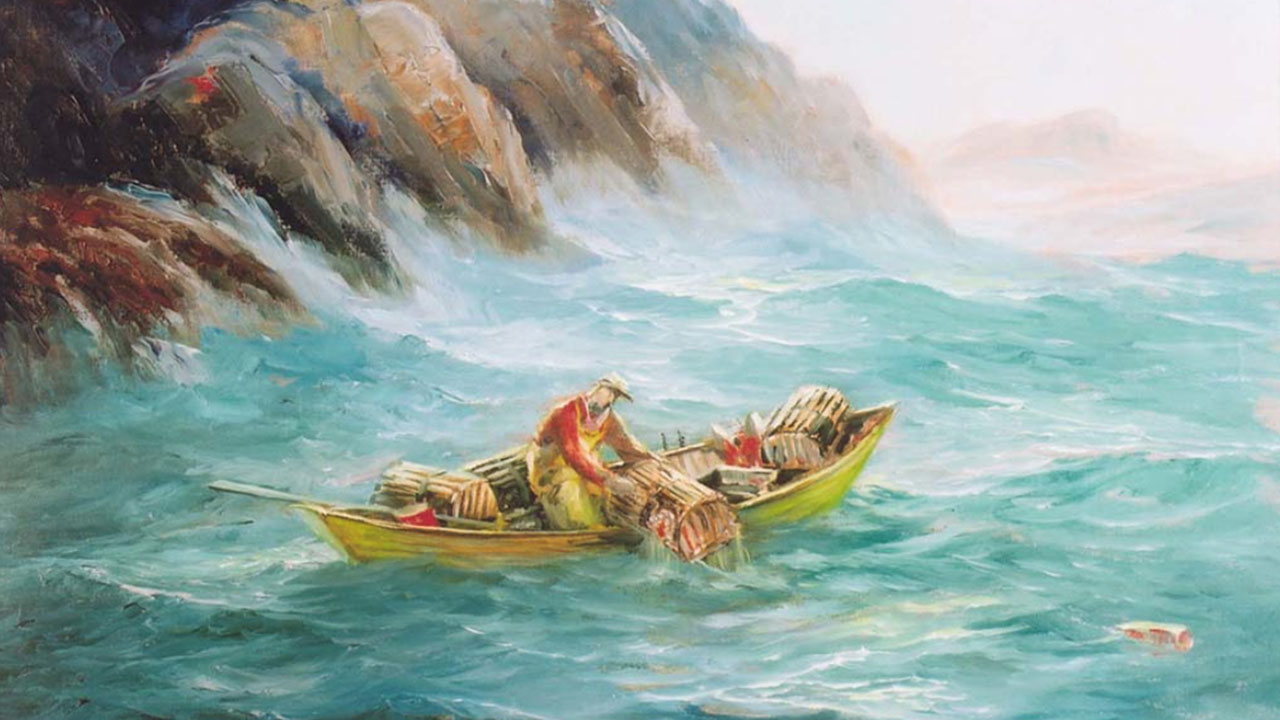 Morley at the Forge

William E. deGarthe (1907-1983) was born in Finland but immigrated to Canada in 1926. He studied art in Europe, at the Montreal Museum of Fine Art, and under Stanley Royle at Mount Allison University, in Sackville, NB. He then taught at the former Nova Scotia College of Art and owned deGarthe Advertising Art in Halifax. For many years, deGarthe spent each spring and summer at Peggy's Cove, where he painted marine scenes that included residents of the village and other nearby coastal communities. Hundreds of his paintings hang in homes, offices and galleries around the world.

He was also interested in sculpture, and in the 1970s embarked upon a ten-year project of carving a lasting monument to Canadian fishermen, their wives and children, using as his canvas a 100-foot-long granite outcropping on his Peggy's Cove property. Unfortunately, he had reached only the halfway point at the time of his death.

In 1977, deGarthe formally gifted a collection of representative paintings, spanning forty years' work, to the Province of Nova Scotia in appreciation of what the province meant to him as an artist. The paintings have a special significance, since they depict traditional Maritime fishing methods that have passed from use; as deGarthe observed, "Over the years, I have purposely held back on selling these paintings that portray an era in the province's history that no longer exists."

His gift is on permanent display at the Public Archives Building in Halifax. This marks the first time, however, that any of these works have been presented online in digitized format. Making them accessible via this Web site fulfills the original intent of deGarthe's gift — to ensure that his legacy is available for all Nova Scotians to experience and enjoy.