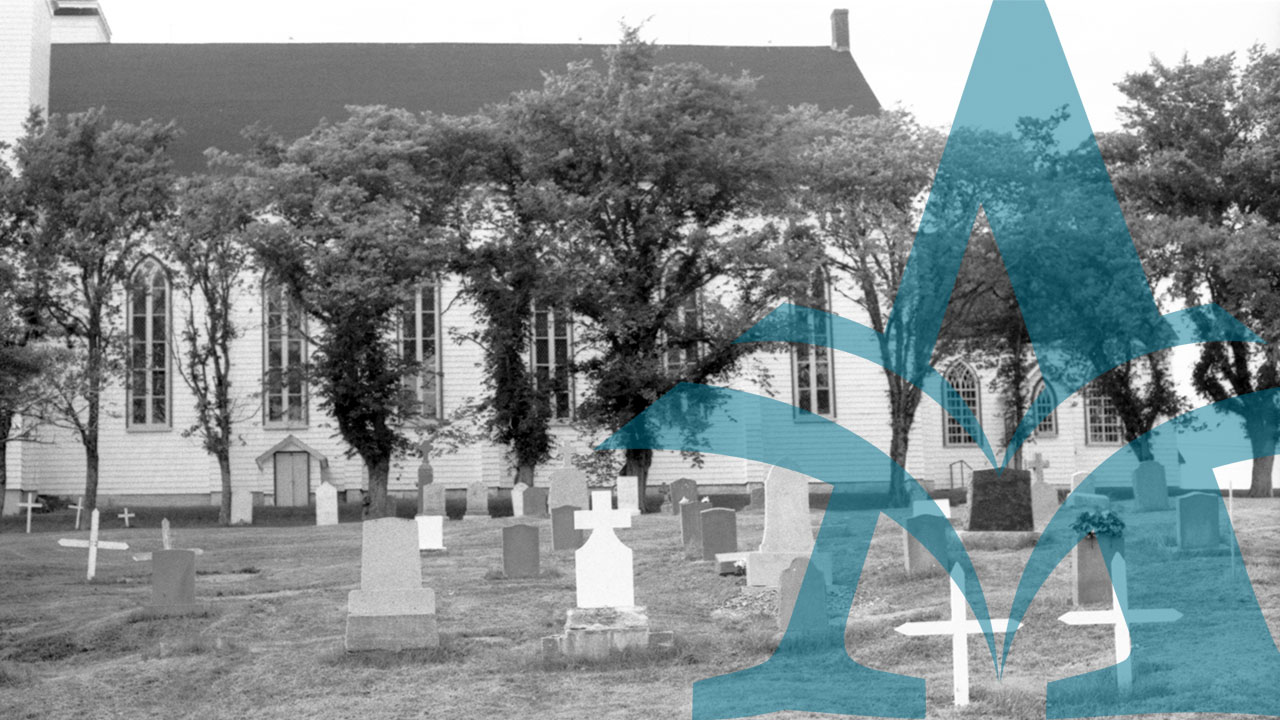 Sally Ross is a writer, translator and researcher specializing in the history and culture of the Acadians of Nova Scotia. The Acadian Cemeteries Research Collection consists of black and white photographic negatives and contact sheets of 60 post-Deportation (after 1764) Acadian cemeteries, supplemented with colour prints of the oldest surviving cemetery at St. Pierre Catholic Church in Chéticamp on Cape Breton Island, Nova Scotia, and a typed inventory describing each negative.

Created during eight field trips, this is not a comprehensive collection of all Acadian grave markers. Rather, the photographs represent a sampling of grave stones and monuments dating from 1817 (earliest found) to 2002, selected by Dr. Ross for their physical characteristics, French language inscriptions and historical significance. Examples in wood, stone, concrete and metal are depicted, as well as representative family names and at least one First World War or World War II veterans' grave marker from each parish community.

The layout and geographical site of each cemetery is also captured. Dr. Ross organized the photographs by community and within each community, by church cemetery. She also created a written inventory describing each photograph including the French inscription with English translations, a provincial map showing cemetery locations and a final report to the funder outlining her cultural analysis.

The photographs were taken by Deborah Trask.

This Collection shows the influence of French culture, and in particular the longevity of the French language, in Nova Scotia's Acadian-founded communities through an examination of cemeteries as cultural artifacts over time.