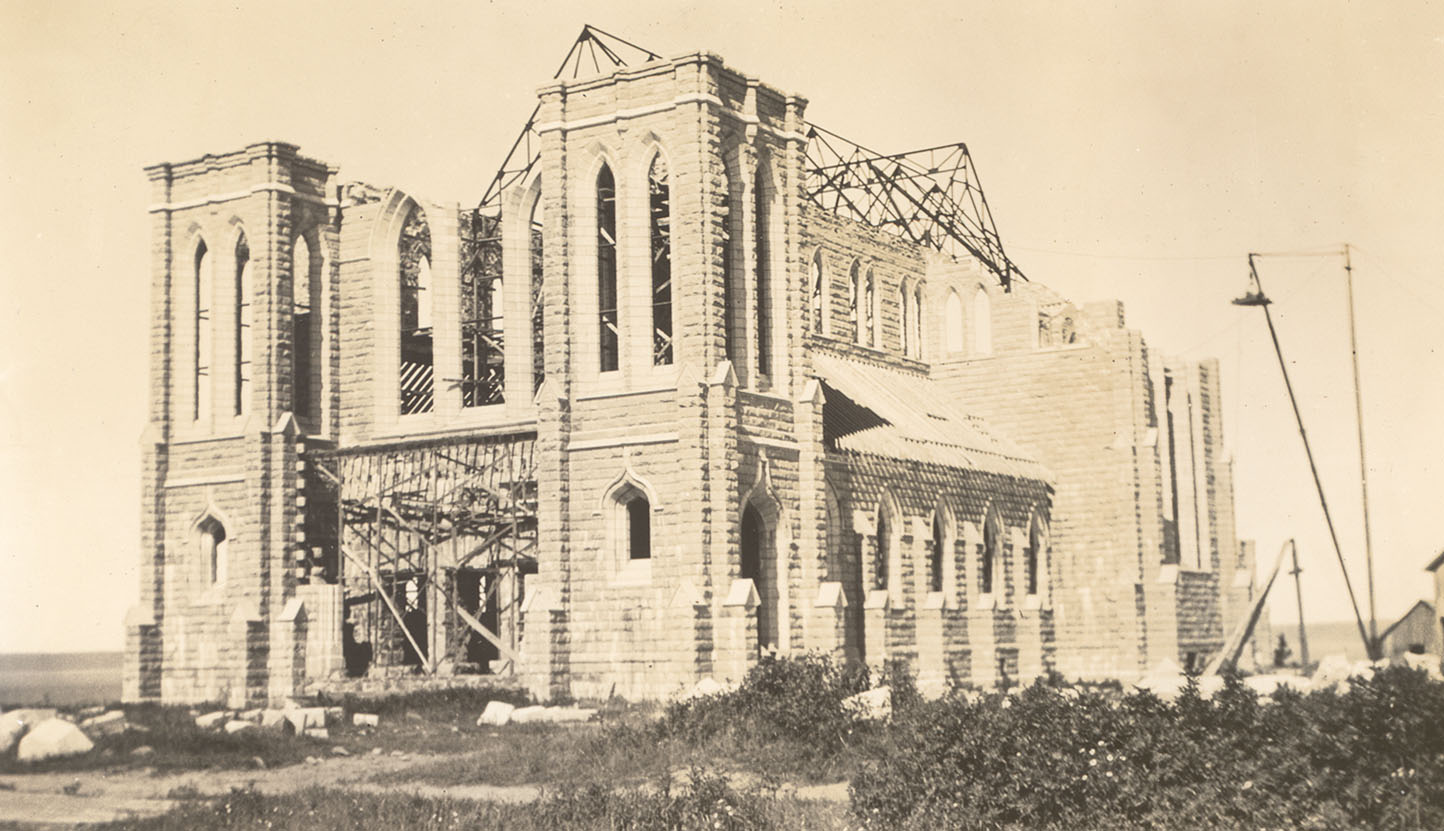 Clara Dennis used this photograph in Down in Nova Scotia (Toronto, 1934), opposite page 196. Although the church was begun in 1910, the edifice was not completed until 1942. Dennis noted that the church would hold more than 1000 people (page 199). Construction was financed by the congregation who held an annual fair. Acadian women spent most of the preceding twelve months preparing for the event--weaving cloth and blankets, and hooking mats. Dennis also commented on the epicurean aspects of the fair – “There is at the time of the fair much home-made cooking for which the French women are famous. On the last day of the fair clam chowder is served. Clam chowder is the favourite and very popular dish which no one misses.”