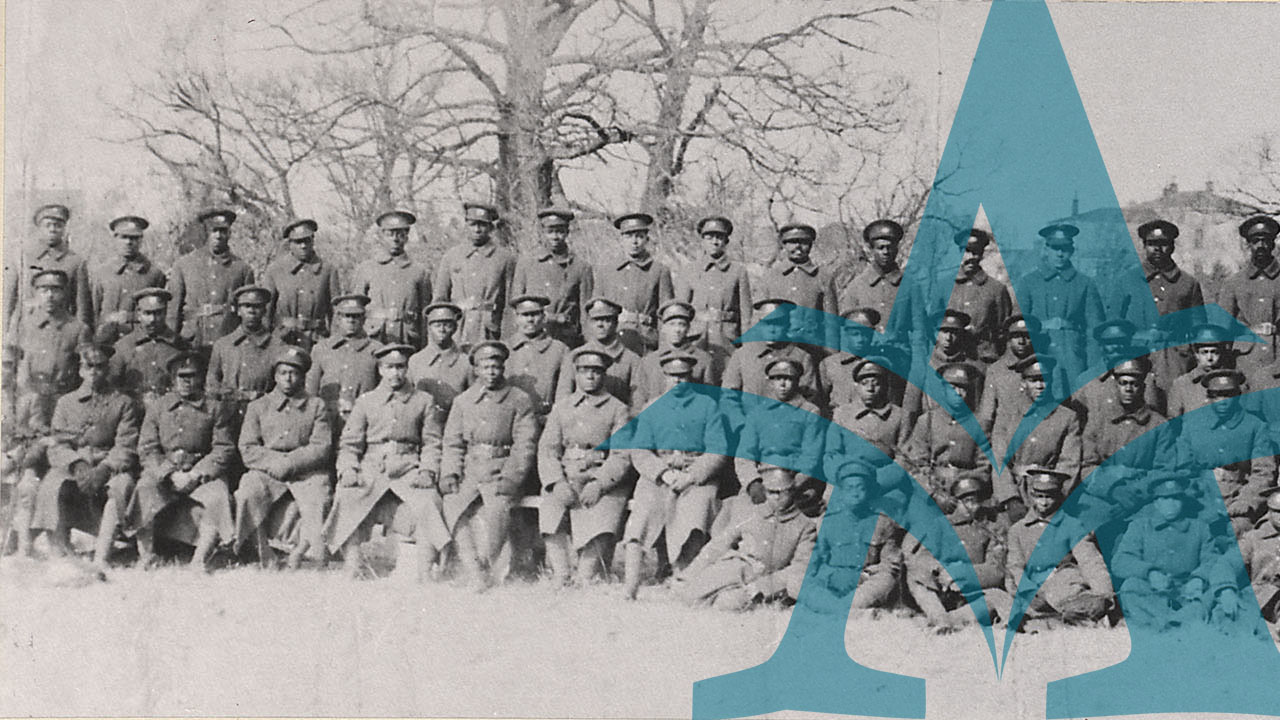 The Canadian Expeditionary Force (CEF), No. 2 Construction Battalion, was raised in Nova Scotia during the First World War. It was the only Canadian battalion composed of Black soldiers to serve in that war, and indeed, the only predominantly Black battalion ever, in Canadian military history. This year, 2016, marks the centenary of the battalion's formation, which was authorized on 5 July 1916.

Headquartered initially in Pictou NS, the battalion was moved to Truro in September 1916; enlistment drives were held in several communities throughout the province in the following months. Sometime in the fall of 1916, a photograph was taken of 'A' Company; the Commanding Officer, Captain Kenneth Allan Morrison, is seated in front, with an officer on each side and surrounded by three rows of enlisted men, all in full uniform.

To commemorate the centenary, and to honour the lives of the men who served in No. 2 Construction Battalion, the Nova Scotia Archives is pleased to present here a digitized version of the Nominal Roll of Officers, Non-Commissioned Officers and Men 'on strength' as of 28 March 1917, the date of their departure overseas from Halifax, on board the SS Southland.

The 13-page printed list presents significant biographical and family information about these enlisted men and officers; the transcription of the printed document into a companion database also enables quick surname and community searches within the Nominal Roll. The inclusion of each man's Regimental Number expands biographical research possibilities to include exploration of the First World War Attestation Papers online within the Library and Archives Canada website.

The Nominal Roll is a sobering document. It invites reflection on the significance of the No. 2 Construction Battalion within Canadian military history, and on what it meant a century ago to serve as a Black Canadian soldier.