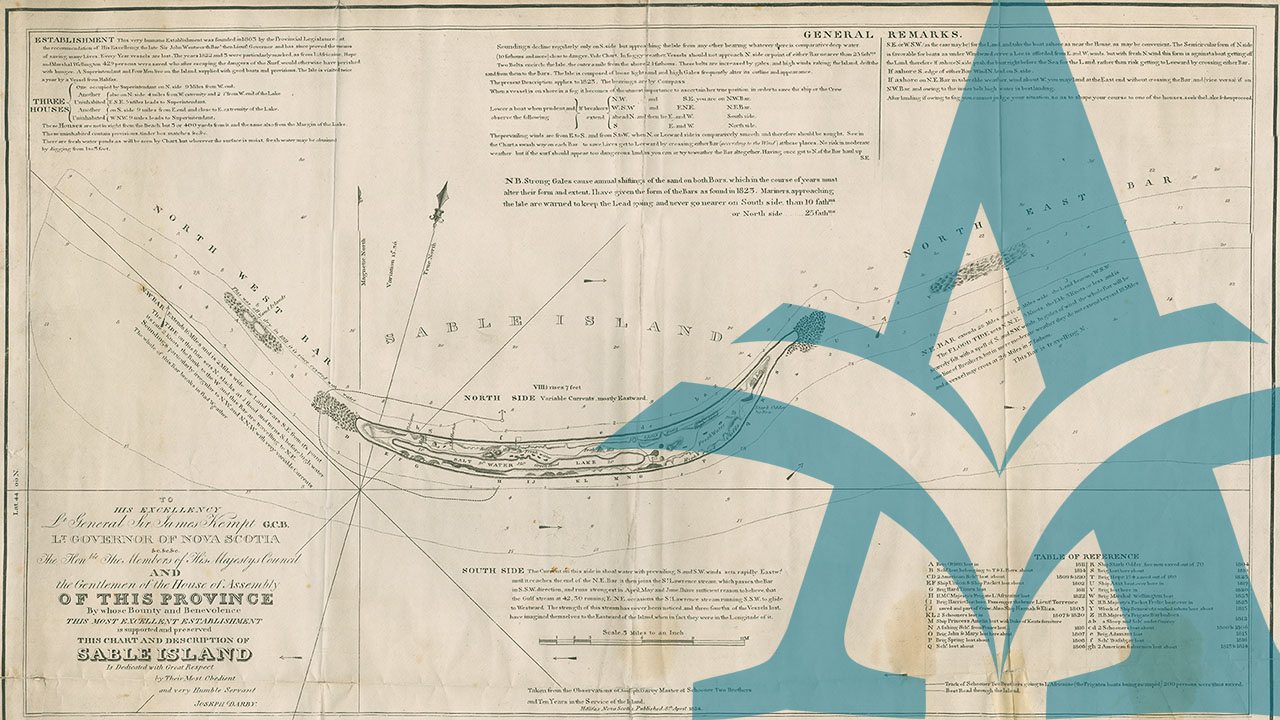 An account of the sundry Ironmongery sent to Isle Sable, purchased from Hartshorne & Boggs

Footprints in the Sand

Our fascination with Sable Island is as enduring as the waves that shape its ever-changing shoreline. While far from being the first to leave their footprints in its treacherous sand, the activities of various enterprising individuals representing the interests of the Nova Scotia government after 1801, have ensured that a deep and lasting trail of their efforts is still clearly visible in the surviving government records.

This web resource presents those records, digitized in their entirety, from the beginning of Nova Scotia's formal involvement in Sable Island affairs in 1801, until 1867, when responsibility passed to the new Dominion government in Ottawa, under the terms of Confederation. The surviving records from Nova Scotia present a portrait of hardship and struggle, but also of perseverance and growth, as we follow the story of Sable Island and its people.

This digital resource offers a wealth of information for historians, ocean scientists, biologists, genealogists and other researchers, providing everything from simple receipts for supplies to detailed descriptions of life in a fledgling and definitely unusual Nova Scotia settlement. The documents 'are what they are' — handwritten government records from a time and place that is now far away and challenging to understand; nevertheless, they illuminate a chapter of the Sable Island narrative that frequently gets lost: the story of its people.

We are pleased to make these documents available online, and invite Internet visitors to be caught up in the sands and stories of that elusive and ever-shifting sand bar known as Sable Island.