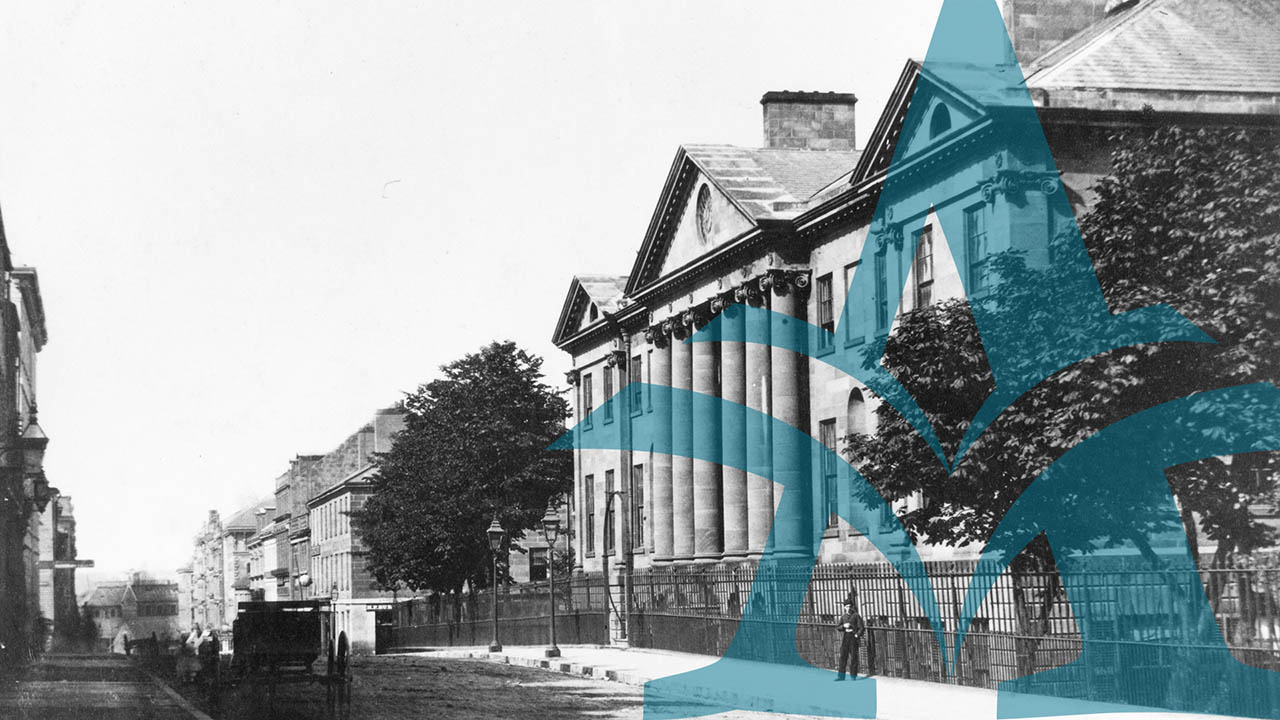 Published in Halifax in 1871, Rogers' album is a fine example of an American marketing strategy popular at the time. A series of photographs was taken of leading business and commercial establishments in a particular community; the images were then collated and published in an album format, with accompanying newspaper-style advertisements. The intent was to display and promote both the businesses themselves and the community in which they were located.

The genius behind the Halifax album was local photographer Joseph S. Rogers, who recouped his production costs by charging each establishment for inclusion. Fifty-six Halifax businesses were represented, along with a small selection of public buildings and landscape views. Internal evidence suggests that the photographs were taken between 1864 and 1871, capturing the city at the beginning of Confederation and at the height of commercial prosperity brought by the American Civil War. Collectively, the images create the impression of a small provincial capital that was modern, progressive, perhaps even a touch cosmopolitan, and second-to-none in the advantages offered to its citizens and to prospective outside business interests.

Promotional books like these took advantage of continuing public interest in photography — 'picture books' were still a novelty and the use of the camera for advertising purposes was in its infancy. The album concept also appealed to Victorian obsessions with collecting and imposing order on the external world. As well, in showing communities 'at their best,' these albums clearly reflected contemporary social and economic values, especially the North American preoccupation with 'booster-ism' and the rise of the commercial class.

As promotional products, these albums were intended for wide circulation in public locations where their messages would be highly visible. The title page of Rogers' Album, for example, states clearly that "Hotel Proprietors and Steamboat Captains are requested to place this Album on their Parlor and Saloon Tables for public inspection" — and warns equally clearly that "All persons are requested not to WRITE ON or otherwise MUTILATE this Book."

Since the albums were not intended for private libraries, few originals have survived. The copy used to produce this digitized version is one of the last remaining; it once graced the parlour of William J. Hamilton's Terrace Hotel in Amherst, Nova Scotia — where it presumably did what it was intended to do, namely promote Halifax as a good place in which to live and conduct business.

Two facsimile editions of Rogers' Photographic Advertising Album have been published recently by Heritage Trust of Nova Scotia (1970,1980) to introduce modern audiences to the architectural grace and commercial vitality captured by Rogers' camera in the 1860s. The online version presented here will enable entirely new Internet audiences to experience the city as it looked nearly 140 years ago — for example, the Zoomify tool can be used to zoom in on details of everyday city life such as lamp-posts, hackney coaches and pedestrians flash-frozen in time. Observant readers will also notice that many of the buildings and streetscapes look very familiar.

One hundred and forty years ago, Joseph Rogers used his camera to capture not only the commercial establishments of his day, but also — unknowingly — he created a gift for future generations, reminding us of now-historic buildings and landscapes that continue to feed the soul and spirit of our province and our country, to inspire pride of place, and to keep us in touch with our roots. Enjoy a glimpse of our past online by exploring Rogers' Photographic Advertising Album — then take a walk and admire these places as they endure in Halifax today!