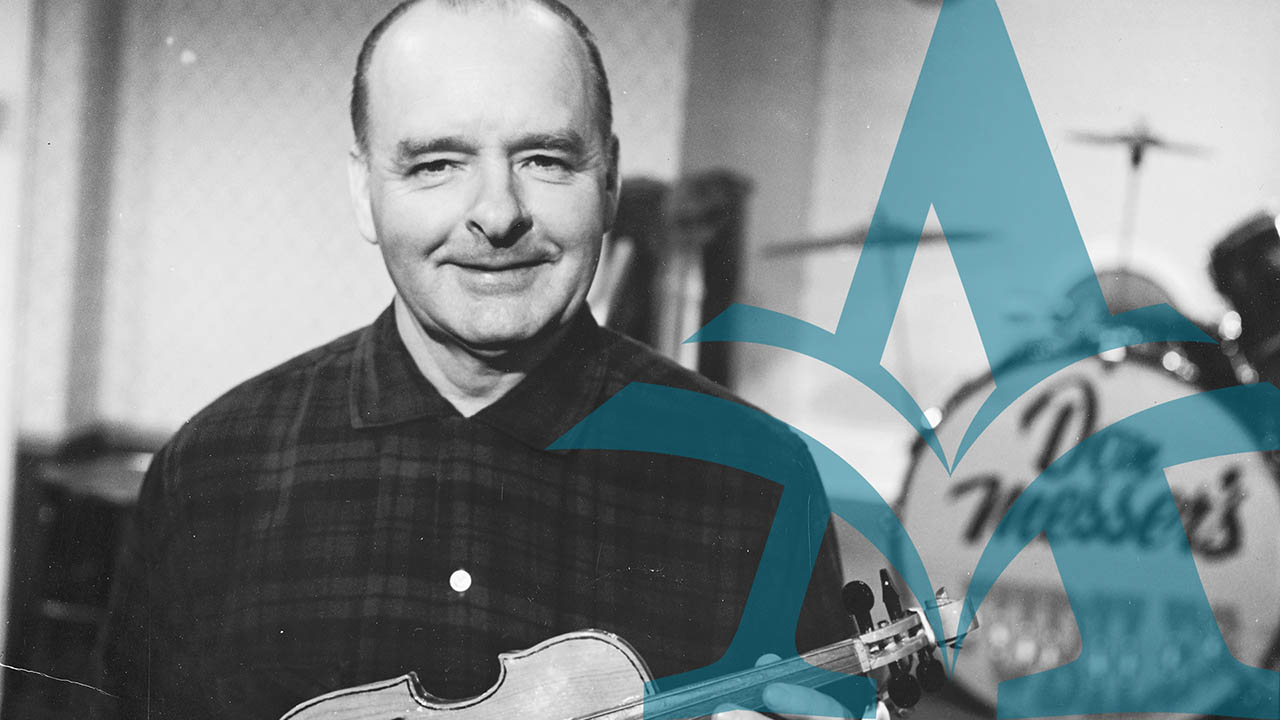 'Got my dancin' boots on, got my Sunday best / Goin' to the Barn Dance tonight....' Two generations of Canadians grew up in the mid-20th century with the opening bars of Don Messer's theme song humming in their heads.

Across the country, tens of thousands sat by their radios three times a week, 1939-58, listening to 'Don Messer and His Islanders' broadcast from Charlottetown, PEI on CBC Radio. With the advent of television, Messer moved seamlessly across to the new medium, bringing his audience with him. Thousands more watched 'Don Messer's Jubilee' weekly, 1956-69, produced by CBC Television in Halifax, NS. When the program was cancelled, there was a national uproar; thirty-five years later, some people miss it still.

Don Messer (1909-73) was a professional fiddler, music director, music writer and entertainer. His band, assembled in the late 1920s, came together and remained together — basically unchanged after the late 1930s. The musicians were there to provide the music, forming a backdrop for the vocalists, the guest performers and, after 1959, the Buchta Dancers. Charlie Chamberlain and Marg Osburne, the lead vocalists, were household names and minor celebrities in the early days of Canadian television.

Messer's infectious brand of toe-tapping 'down-home' music showcased the best in the musical tradition of rural North America. His personal papers, assembled over seventy years, document his career and contribution to Canadian music. Messer was also a collector, actively acquiring musical scores and recordings from musicians, composers and folklorists throughout North America and Europe; his rich music library forms part of the Don Messer fonds.