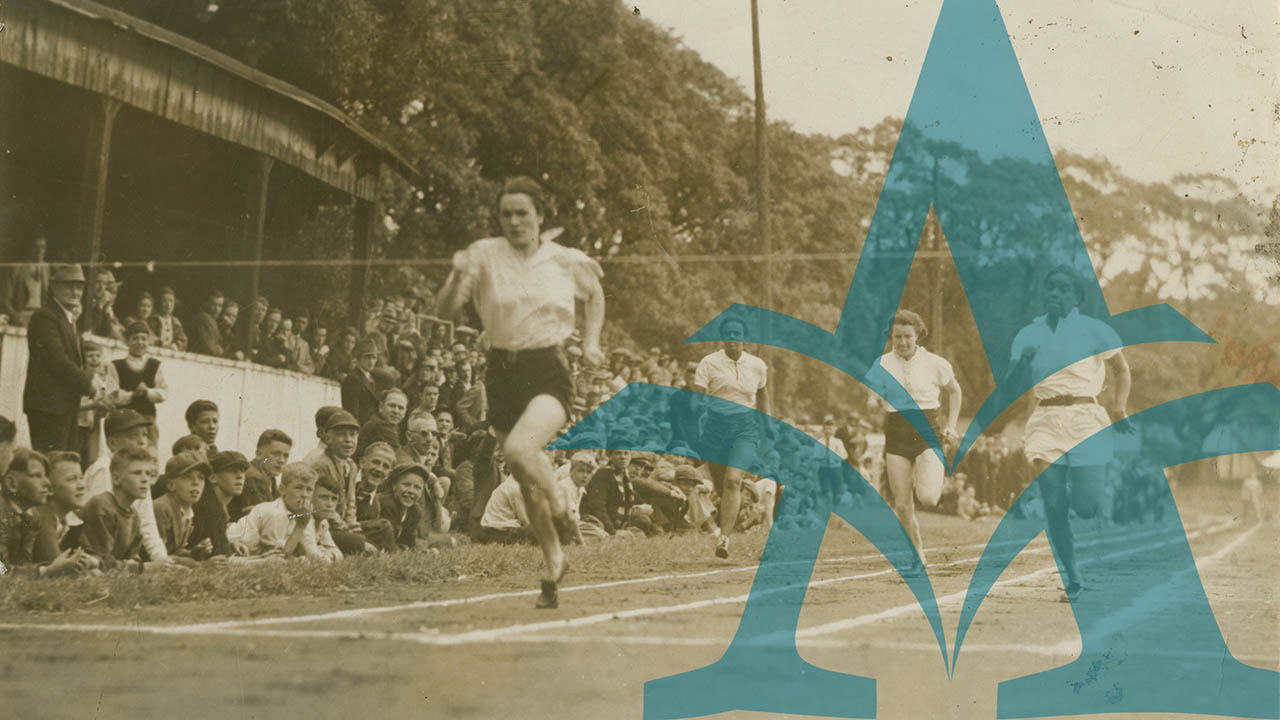 Aileen Meagher and her students in class

A track-and-field star, Meagher won a bronze medal in the 400-metre relay at the 1936 Berlin Olympics, and also took medals at the British Empire Games in London, England, 1934, and Sydney, Australia, 1938. She was a member of both the Nova Scotia and the Canadian Sports Hall of Fame. Meagher's achievements have a special resonance as Canadians prepare to host the Vancouver 2010 Olympic Games. The date selected to launch this exhibit, 18 November 2009, coincides with the passage of the Olympic Torch Relay through Halifax.

Meagher's personal papers and art works are now in a number of locations. Her artwork is held by the Dalhousie Art Gallery; her rubbings of Irish crosses by the Chair of Irish Studies, Saint Mary's University; her travel diaries and sketch-books are at the Sacred Heart School of Halifax; her medals for running are held by the Nova Scotia Sports Heritage Centre; and her personal papers, photographs and some artwork (mainly sketches) are at Nova Scotia Archives.