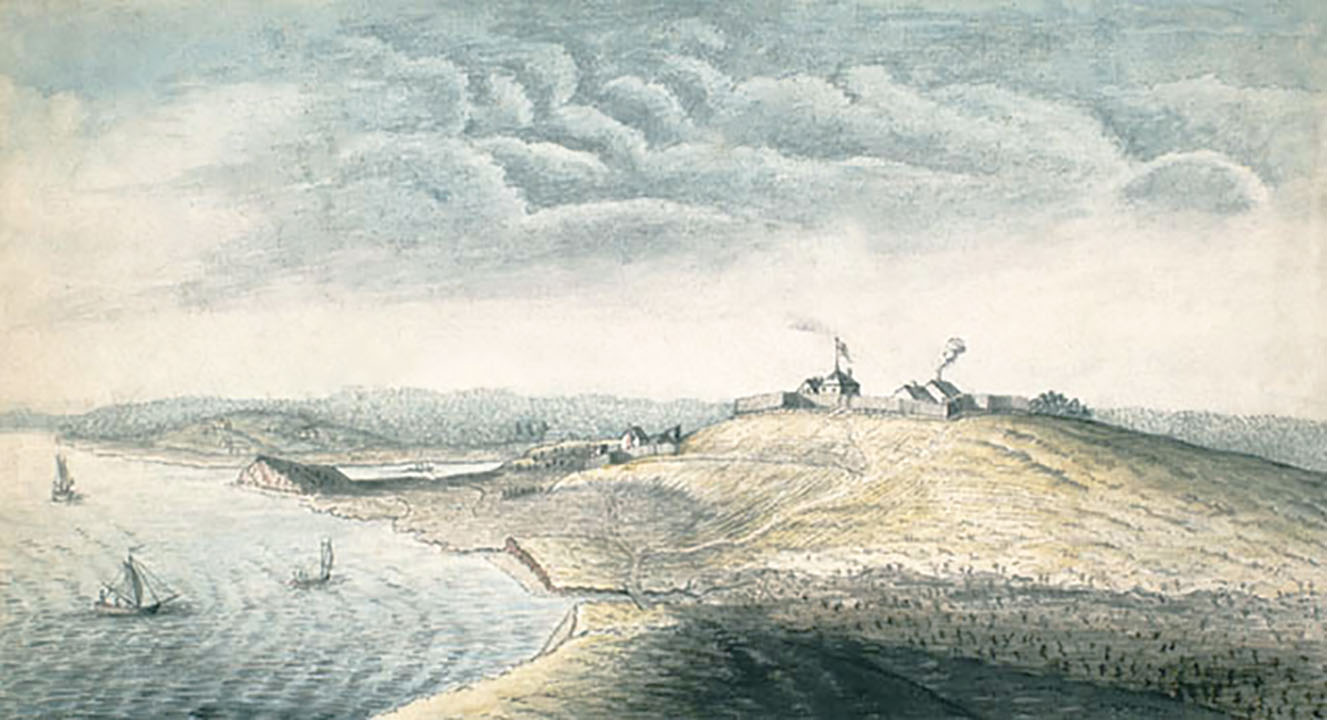 List of French prisoners at Fort Edward, Windsor, Nova Scotia with the number in each family and numbers victualled . — August 1762

Isaac Deschamps was born circa 1722, presumably of Swiss descent, and arrived in Halifax, N.S. in 1749. He was employed by Joshua Mauger and in 1754 he ran Maugher's truckhouse at Pisiquid (Windsor) where he traded with local Acadians and First Nations. In 1760, Deschamps was appointed truckmaster for the trade at Fort Edward and justice of the peace for Kings County. In the following year he was named judge of the Inferior Court of Common Pleas and judge of probate for Kings County. He served as MLA for Annapolis County, 1759-1769, Falmouth Township, 1761-1770, and Newport Township, 1770-1783. Deschamps was appointed acting chief justice, 1785-1790, and became the subject of an investigation concerning the partiality of his rulings. In 1799 he became road commissioner for Kings County. Isaac Deschamps died on 11 August 1801 in Windsor.

The bound volume was originally in the Nova Scotia Legislative Library and circa 1882 was given to T.B. Akins, commissioner of public records for Nova Scotia, by Judge L.M. Wilkins. It came to the Archives in 1931.

Consists of records created and accumulated by Deschamps, primarily documenting his activities at Fort Edward. Includes a bound volume containing correspondence relating to the Acadians; lists of Acadian prisoners and Mi'kmaq families residing near Fort Edward; and other material relating to Deschamp's various appointments, First Nations commerce and trade, Treaty of 1760, and settlements in Kings County.