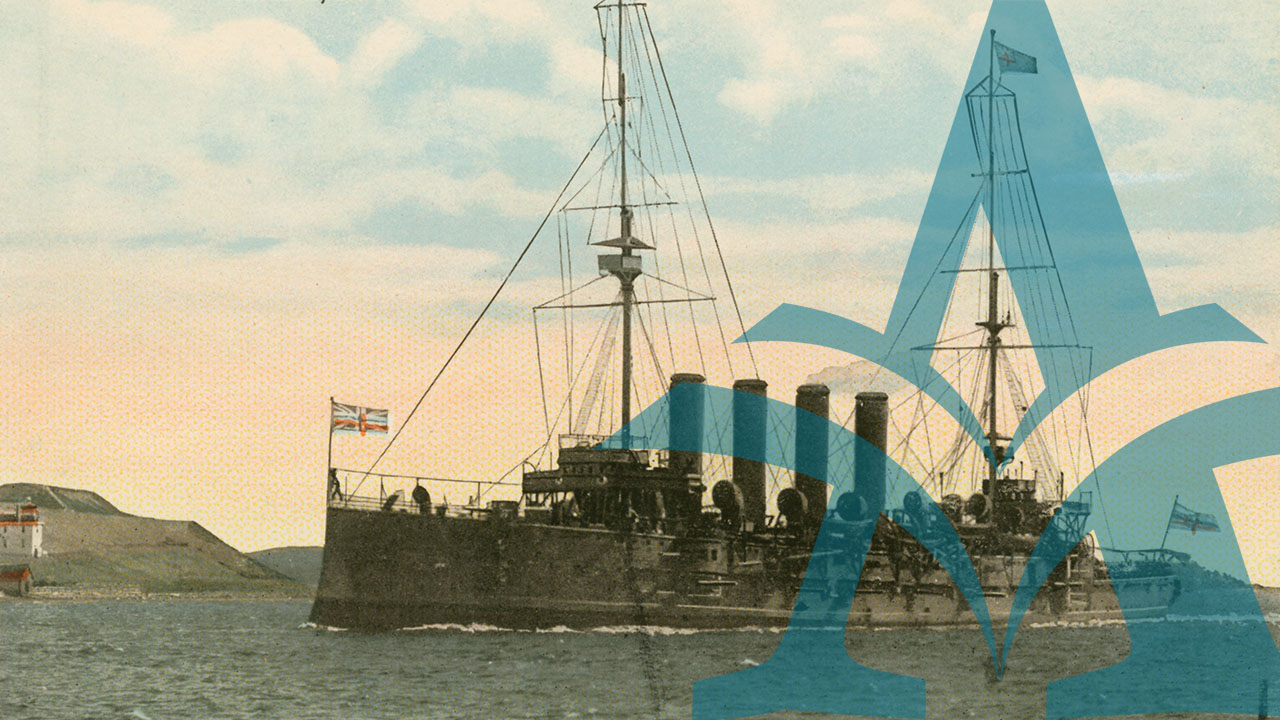 Cutting the cake, 50th anniversary of the Royal Canadian Navy

The images presented here include photographs, postcards, letters, memorabilia and published items, all selected from a huge variety of informal documentation in our archival collections relating to Canada's naval history. Since we have material telling the story of the RCN on both Canadian coasts, we've included several representative images from British Columbia as well.

For many years before 1910, Britain's Royal Navy maintained 'stations' in Canada, principally at Halifax and Esquimalt. As the country grew and developed a national identity, and as Great Britain stepped back from its old imperial role, it was appropriate by 1910 to establish a separate and independent Canadian naval force.

In the early years, Canada relied on 'the kindness of others' — mostly Great Britain — for expensive hardware such as the first warships, HMCS Rainbow and HMCS Niobe. The first vessel purpose-built for the Canadian Navy was HMCS Saguenay in 1931.

The Navy's early history was shaped by the First World War, especially the Halifax Harbour Explosion in 1917; then by the post-war economic slump and the Great Depression. It was the Second World War, with its huge Atlantic and Pacific theatres, which forged the RCN's vessels, men and women into a 'true' Royal Canadian Navy — and by 1945, the third largest in the world.

Everyday life in Nova Scotia, and especially in Halifax, has been marked by the presence of naval vessels and personnel in peacetime and in war for over 250 years now — weddings and parades, arrivals and departures, sailors and sea cadets, work and play. If you'd like to explore this heritage further on our website, try 'An East Coast Port: Halifax in Wartime, 1939-1945' or 'The Royal Navy in Nova Scotia Waters'. But first, come on board and take a look at life afloat through the Royal Canadian Navy's first half-century....