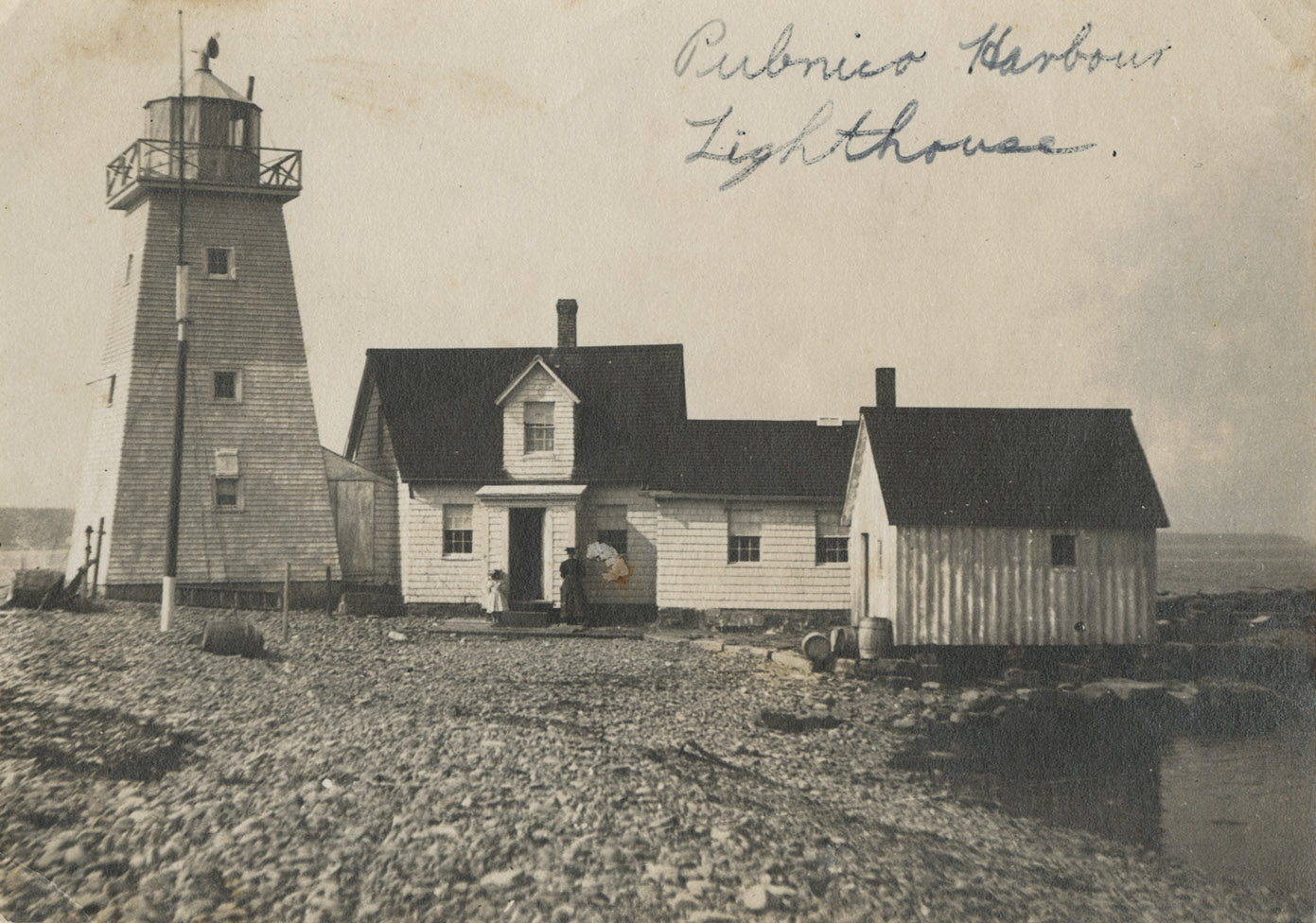 The Lower East Pubnico Lighthouse, a wooden structure, was built in 1854, on a nature formed Stone beach at the entrance to Pubnico Harbour. At that time, the lighthouse consisted of a four-sided square wooden tower which rose forty-nine feet from the ground. The living quarters consisted of four rooms and to get to the light you had to go outside.

In 1846, Mathurin Amiro, son of Jean and Marie (Pothier) Amiro married Marguerite, daughter of Simon (Squire) (1788-1886) and Elizabeth (1792-1830) (Larkin) d'Entremont. Mathurin became the first lighthouse keeper in 1854, so he moved his wife and four children to their new home. As Mathurin's family started to increase more rooms was needed so they kept building on in till they eventually ended up with about twenty-three rooms. It consisted of five bedrooms, living room, dining room, kitchen, pantry, sewing room, «trou noir» (long room under roof where dry goods were stored), cistern room, two porches, two-story oil room, several halls and outhouse all connected to the four-storey tower. There was also a hen house, barn, pig sty and house and later a garage (Demolished in 1967).

The first child to be born at the lighthouse was Augustin Benjamin Amiro on the 23rd of August, 1855.

Taken from the book: A present and Historical view of East Pubnico.