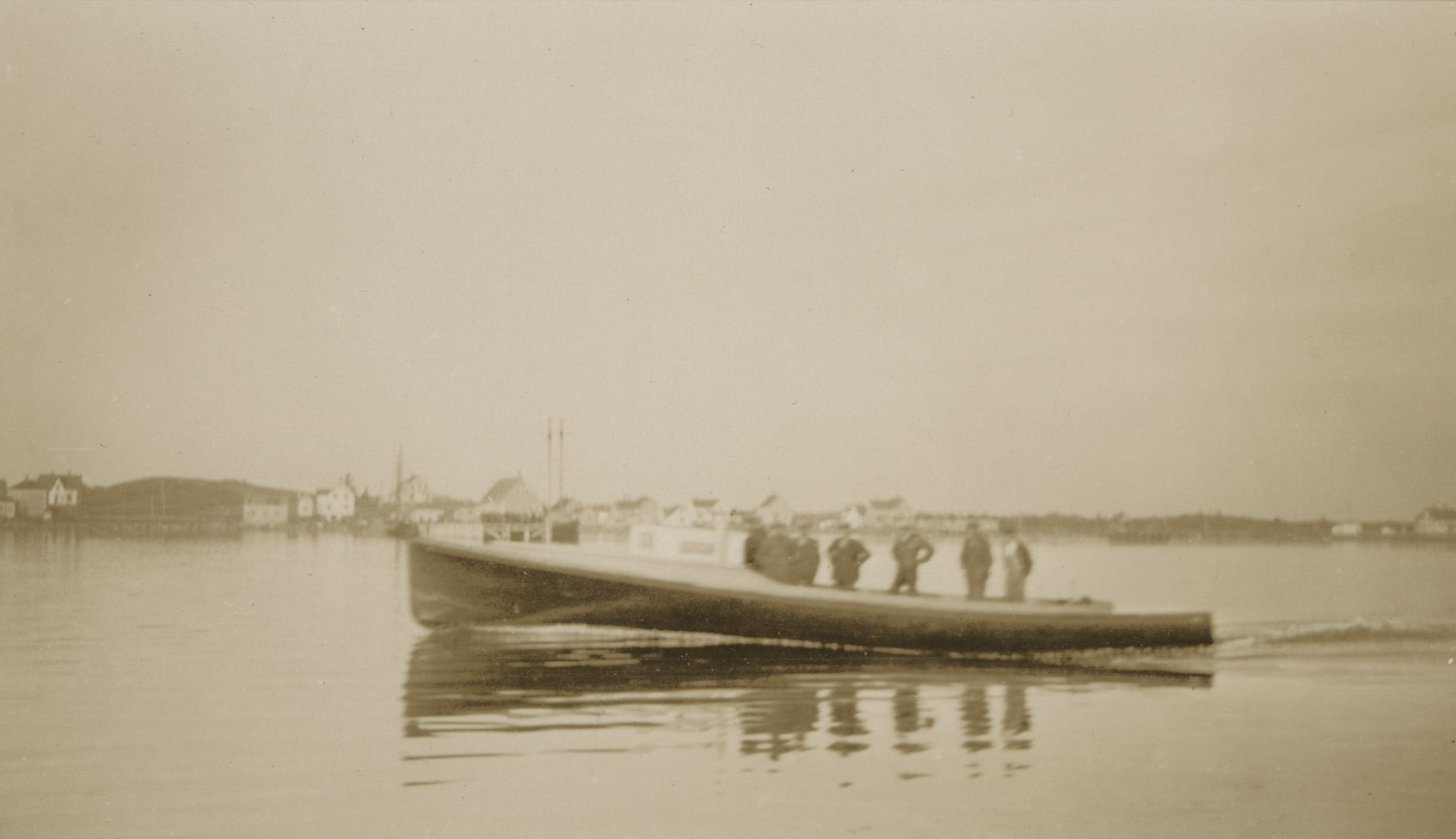 Until 1908 , there were only sailboats in Pubnico. That year, the first gasoline-powered boat arrived. The boat was built in Yarmouth, possibly by Gilbert Amirault. It is believed that it would have been built outdoors, as there were very few buildings for constructing boats at this time.

Article taken from the book Les oubliés de notre Patrimoine, by Roseline LeBlanc Until 1908 , there were only sailboats in Pubnico. It was during this year that the first gas-powered boat arrived. This boat was built in Yarmouth, perhaps by Gilbert Amirault. It is thought that it would have been built outside Pubnico since there was very little in the way of materials to build boats at that time in our village. The boat measured 34 feet in length and 9 feet in width. On its board, it had a Knox engine, manufactured in Rockland, Maine (Rockland being in Knox County), bought in Yarmouth. One Mr. Johnson was an agent of this company. The engine contained two cylinders capable of nine horsepower and could reach a speed of six to seven knots. It had a hold in the shape of a "V", which required ballast. Today, these boats are known as "Cape Islanders" have a flat hold that does not require ballast. The engine is at the back and the rudder on the back left side. The kitchen and berths are at the front (forecastle).