The train station at Pubnico-Head 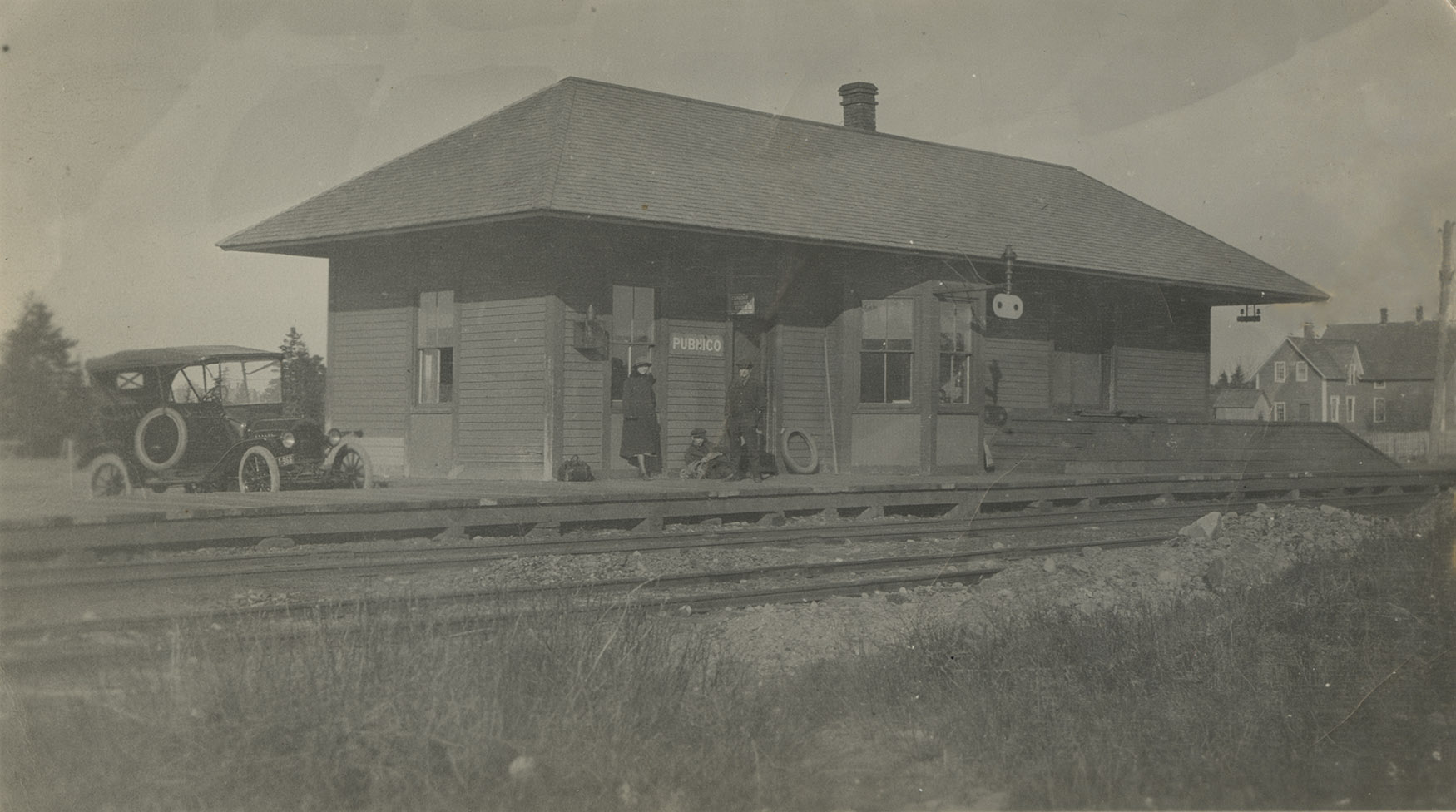 The first freight to move on the Coast Railway was on February 17, 1896, from Yarmouth to Tusket. Later the same year, the railroad was getting close to Argyle, when excursions were organized for picnickers to spend a day or an evening on the hills of Argyle Head, was I told, by the old people of the place. It was in the summer of 1897 that first train reached Pubnico. Trains started to run from Yarmouth to Halifax on the south shore in 1900. The previous year the Coast Railway became the Halifax and Yarmouth Railway Company, Limited. It was afterwards taken over by the provincial government and still later was incorporated with the Canadian National System.

Part of article by Father Clarence d'Entremont, published in the Yarmouth Vanguard.