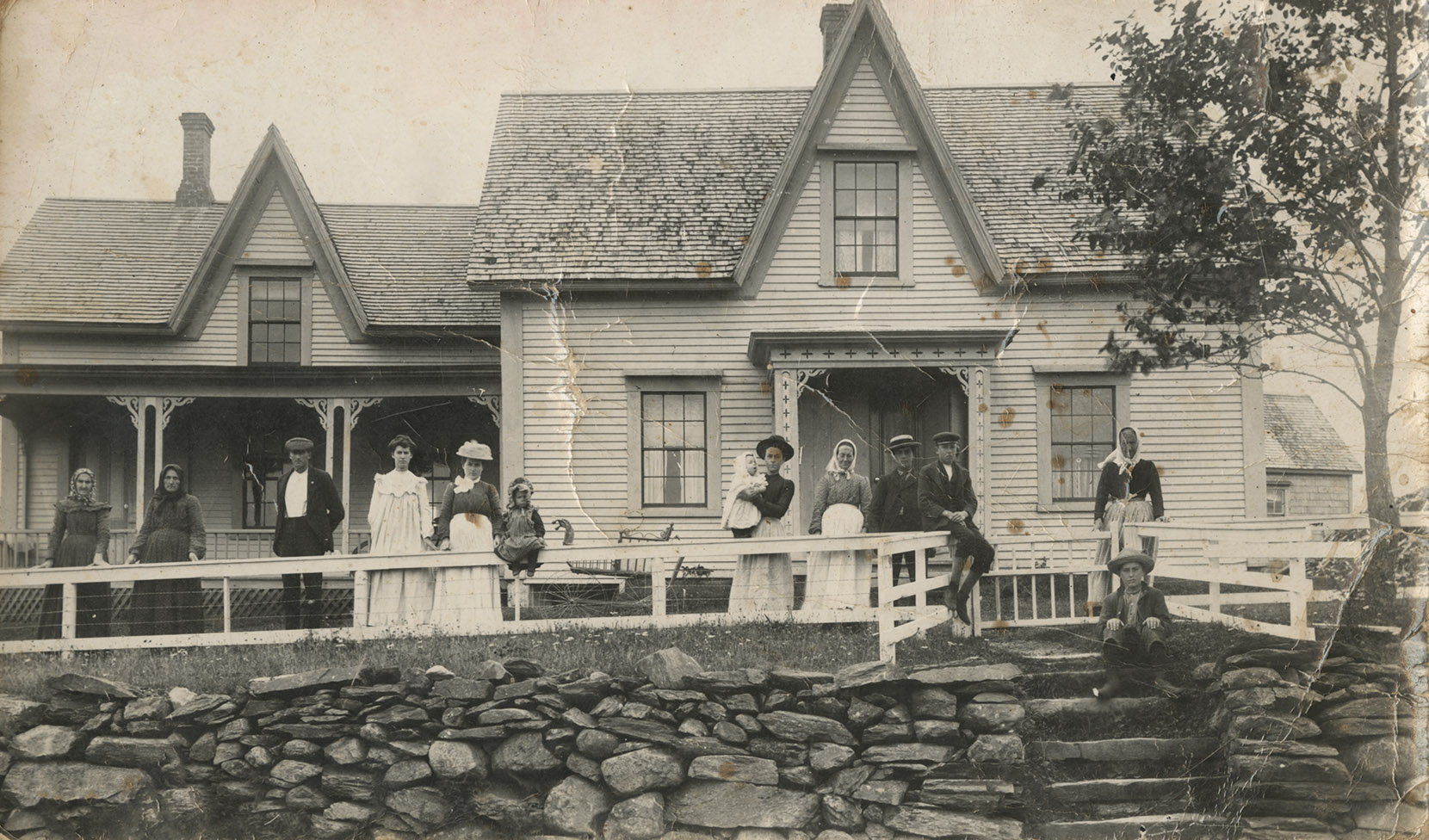 Later became the house of Philip and Frances d’Eon. Date of construction 1865.

Louis and his wife Adélaide (daughter of Joseph Cyrill, known as Ciero, d’Entremont), married on November 16, 1865. It is believed that they lived in the house immediately after.

As was often the case at this time, Louis found a place to live near his parents, Cyrien and Thècle Duon, which is now the home of Maxime d’Eon.