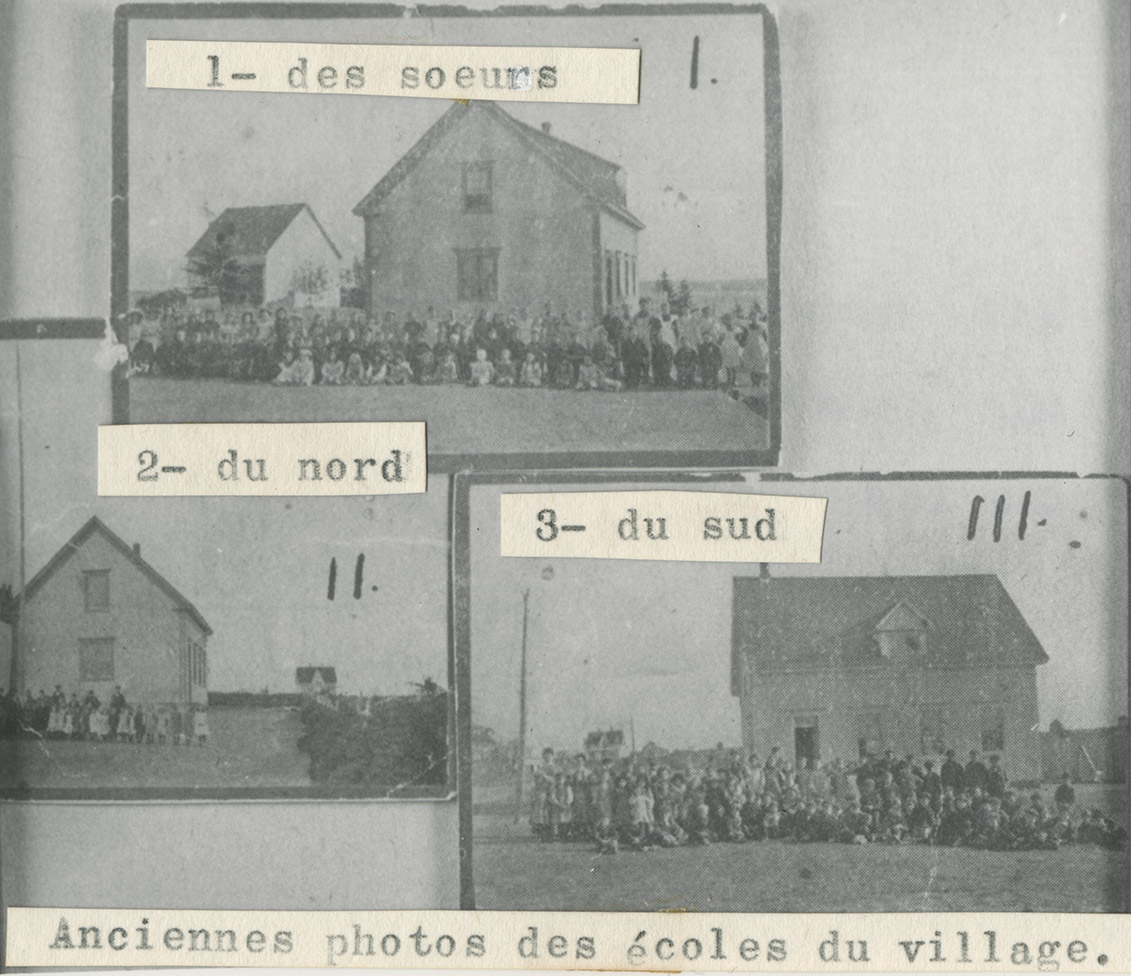 West Pubnico village schools, prior to the new school opening in 1961.

Photograph showing a collage of the three West Pubnico Schools.
1. École des Soeurs school – the “old Middle West Pubnico school” was built in 1847. The building was situated on the Abbott’s Harbour Road, where Joseph Surette’s house is located today. It was moved next to the convent in 1893. This school was separated into two departments. In 1913, they built an addition on the front. In 1930, remodelling was done inside. An inscription on the front of the school reads “Pubnico Ouest Centre, No.6 Argyle.” When the new West Pubnico Consolidated school opened in 1961, the school closed its doors. It was demolished in 1963. The West Pubnico Funeral Home was constructed on this site in 1972.

2. École du nord school, built in 1877. A second section in the front was built in 1915. It was in use until 1961 when the new Consolidated School was built, then the school was bought for the Legion Hall Branch 66.

3. École du sud school, after the new Consolidated School was built, it became a general store operated by brothers E. & D. d’Entremont in 1955. It was sold again to Reginald d’Entremont for storage and as a workshop for his plumbing business.

The Consolidated School to replace these three schools, located in West Pubnico, opened its doors in 1961.