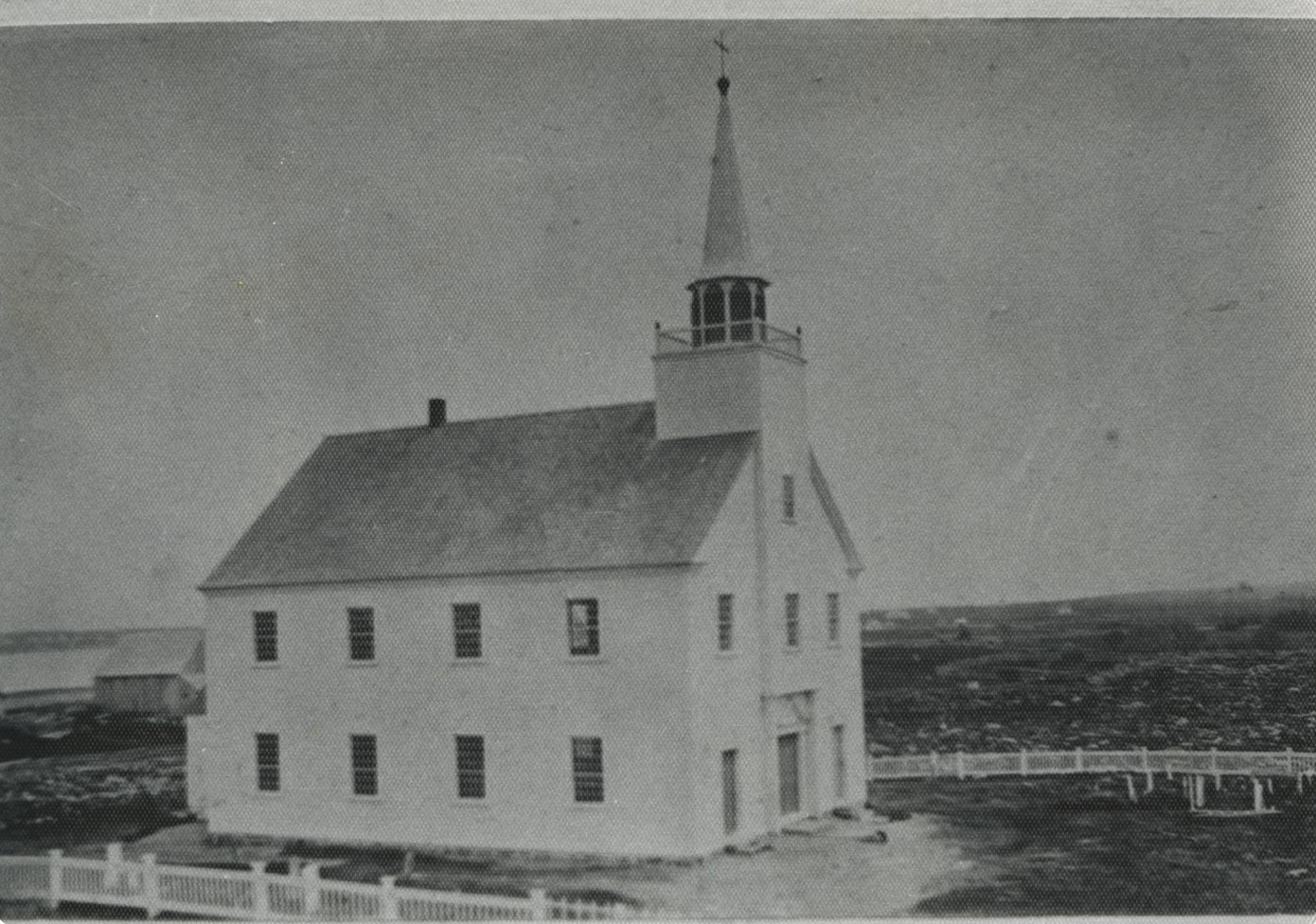 The second church was located on the plot of land across from the first church, on the other or southern side of the road. The plot of land belonged to Benoni d’Entremont, who donated it to the parish. This is the Old Cemetery plot. There is a huge flat stone in the cemetery, slightly to the east, which would have been the step leading to the entrance of the church. It was placed where the altar would have been. The church’s facade was on the west side. In 1981, the Gens d’Age d’Or of West Pubnico erected a concrete monument in the middle of this plot of land, topped with the cross from the steeple of the second church that was found here, “in loving memory of our ancestors.”

The facts surrounding the construction of this church are not clear. When he was the parish priest, Father Blanchet transcribed the act of consecration that had been performed by Father Goulot in one of the church registers, and added that it was he, Father Goudot, who had built it. As he was writing this less than twenty years after its consecration, we can only assume that he was ill-informed. However, on the other hand, Father Goudot arrived at Sainte-Anne during the summer of 1840. Could it be that when he arrived, he had ordered that construction start on the church and that ten months later its construction was already far enough along for it to be blessed?

According to tradition, West Pubnico’s second church dated from 1842. This is the year it opened its doors for religious service. Tradition has it that this is the year that the first church or chapel was abandoned, though it would be a few more years before it was demolished.