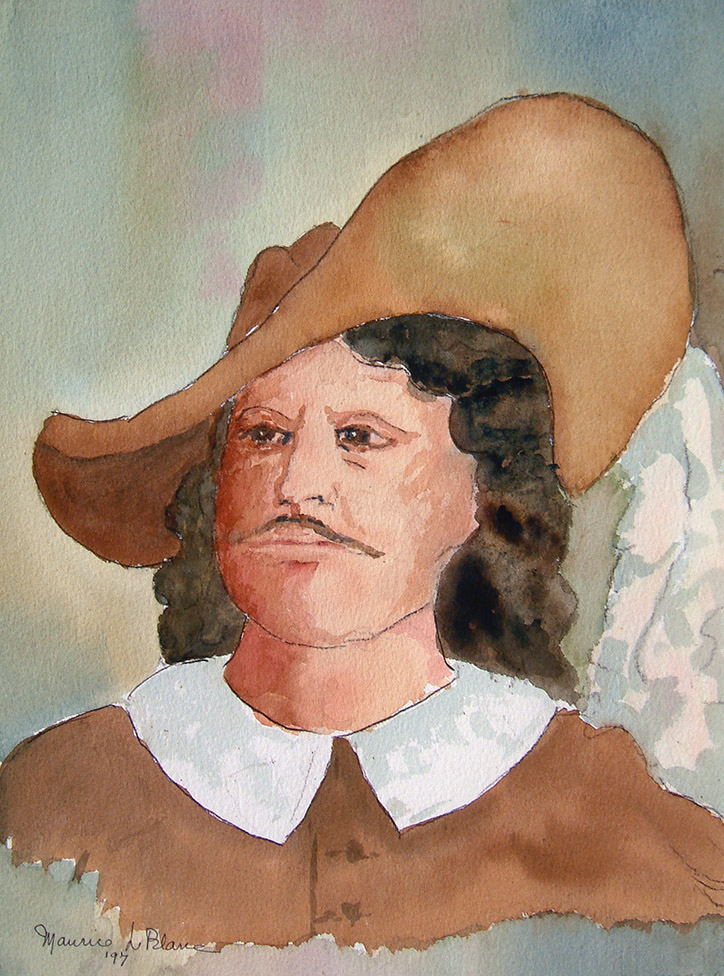 Here are some excerpts of the grant: "There was present and personally certified the high and powerful seigneur Charles de La Tour, Lieutenant General in all of Acadia. He voluntarily acknowledged the receipt and avowed that he had, by these presents, given and relinquished in perpetuity the title of baron and noble fief having the administration of justice, high, mean and low as paramount fief to the nobleman Philippe Mius, Esquire, sieur d'Entremont and Madame Magdeleine Hélie, his wife, who were present and accepted it for themselves and their heirs. In consideration of the particular merit of said Sieur d'Entremont and of the good and faithful services which he has personally rendered to us, we have given and granted and do give and grant by these presents to the said sieur d'Entremont the extent of one league in width and four in depth in the place called Pobomcoup to be enjoyed by the said grantees and successors with the title of baron, in consideration of an on condition of homage and a quichipoly (an Indian word meaning "a small bag" or "purse" made out of an animal skin) of beaver with two bouquets on the days and feasts of St. John Baptist for each year, and on condition that he occupies and establishes the said places. The said seigneur LaTour has today granted and placed in possession of the said seigneur d'Entremont the said land, fief and barony of Pobomcoup, promising and binding himself accordingly. -- These renunciations were made and passed at the fort of Port Royal on July 17, 1653. In the presence of...".

The land was on the east side of the harbour, measuring one league in width along the shore, and four in depth, that is about four kilometers by sixteen, or two-and-a-half miles by nine or ten. As Hipson's Brook, called also Larkin's Brook, was about the center of the barony, we can suppose that the whole grant comprised all of today's English section of Upper East Pubnico, from the limits of Pubnico Head to the limits of the Acadian village of East Pubnico.

It is in the barony that the three sons of Philippe Mius d'Entremont and Magdeleine Hélie were born and a daughter, the youngest of the family.

Moreover, Pubnico, established at the early date of 1653, July 17, is still inhabited [sic] by Acadians, which makes it the OLDEST REGION STILL ACADIAN. It is also the oldest region in all Canada and maybe in all North America where still reside the descendants of its founder.